These arrived in the mail today! 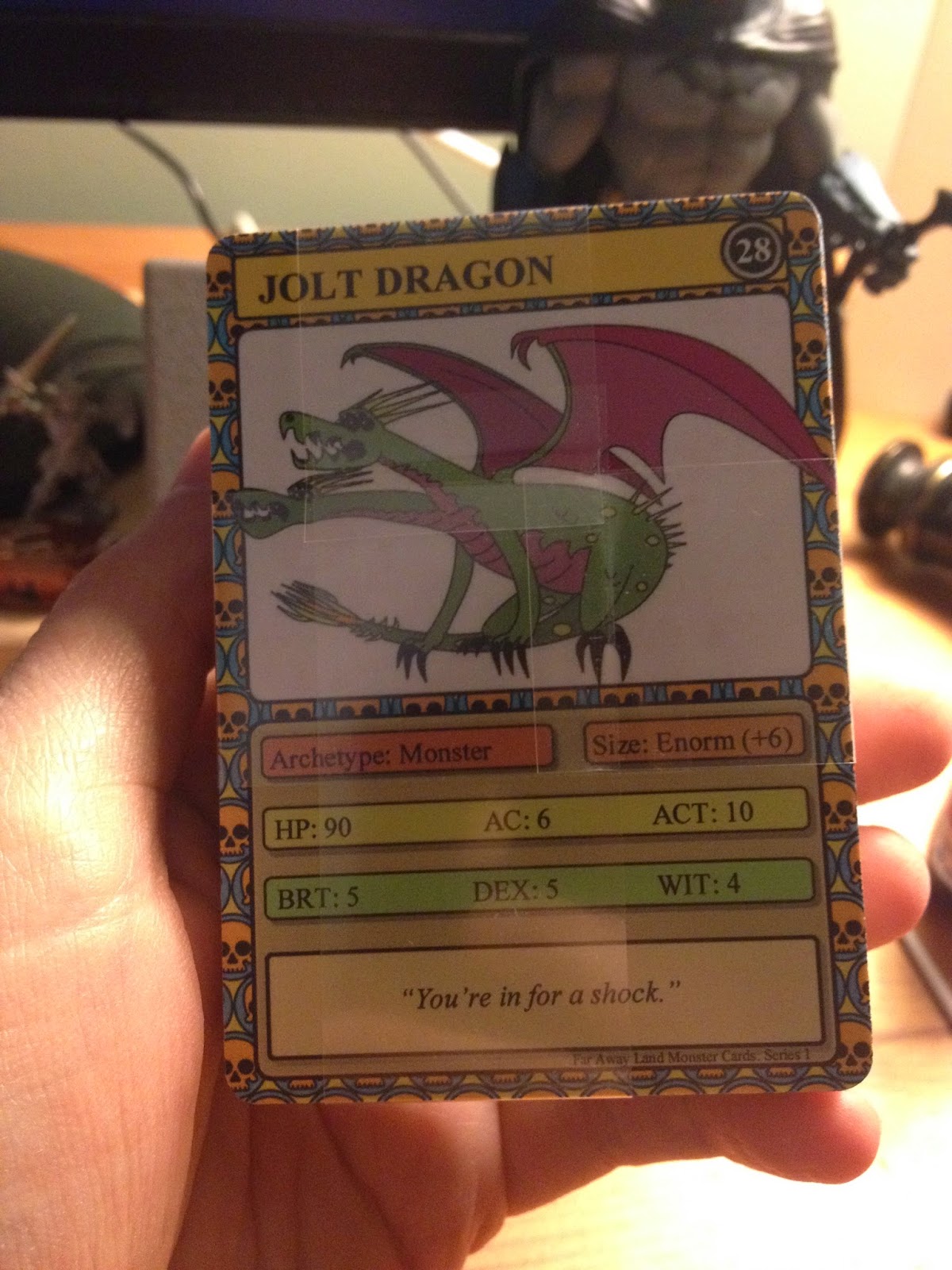 And they are splendid!  Everything about them from the artwork to the presentation is fantastic.  They will make setting up encounters even easier than it is now.  Just the other day, I picked up the three adversary decks for FFG's Star Wars game, and the these cards for Far Away Land are by far and away a superior product.  Also, I love the orange skull motif around the border.  Well done!
Posted by jrl755 at 10:57 PM No comments:

Email ThisBlogThis!Share to TwitterShare to FacebookShare to Pinterest
Labels: Far Away Land, RPG

It's Weird Adventure Idea Wednesday again with another adventure idea to hopefully spur your imagination!  Man these things just keep happening, and this one happened in color.  This week's adventure idea requires a perilous crossing to a rather curious sounding place. 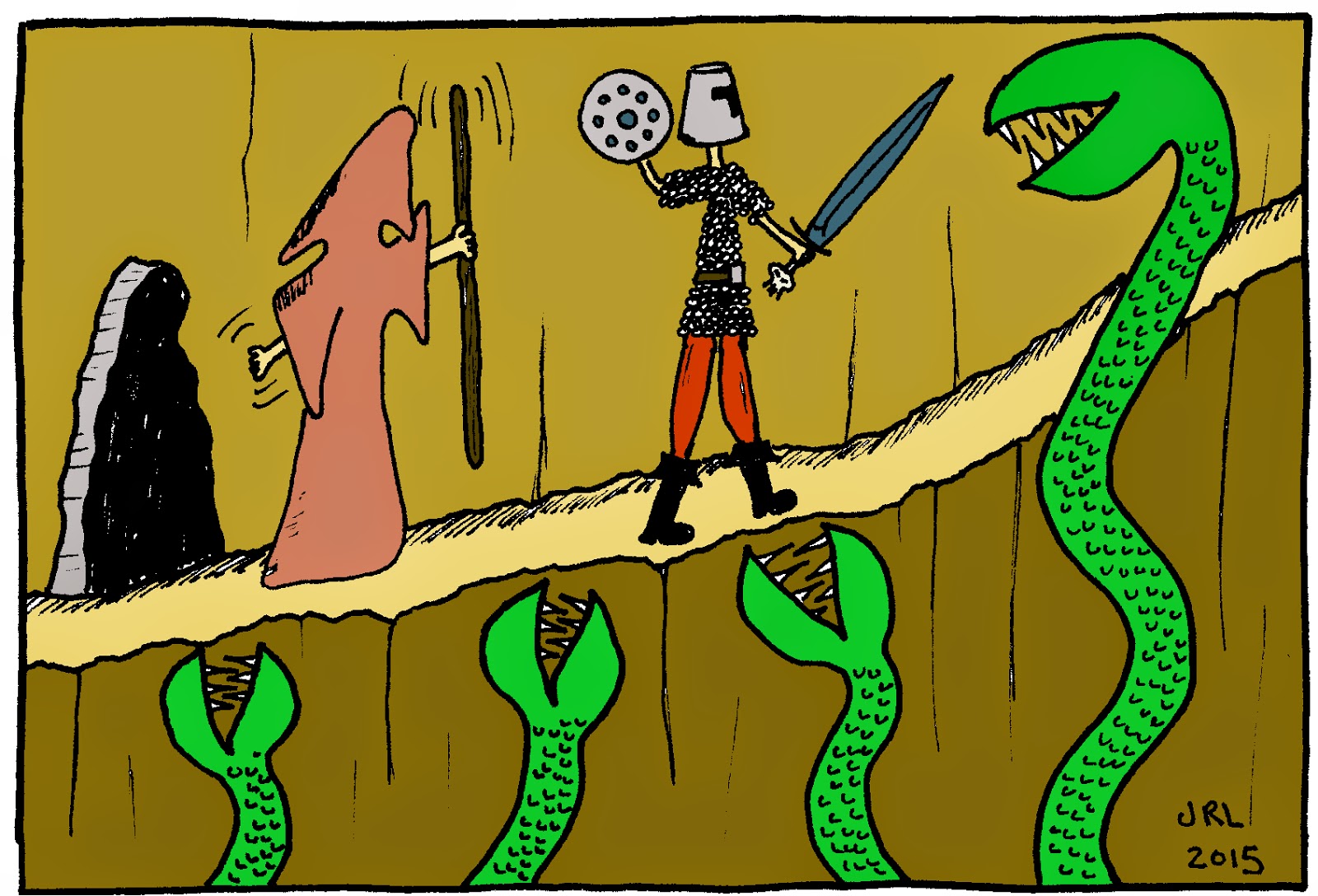 On a steamy evening you run across a raving swordsman on a forgotten trail.  The swordsman loudly declares to you that 2 weeks travel to the north, across the Gorge of the Eyeless Serpents, was built the Throbbing Sepulcher of Mysteries.  It is whispered that there can be found the Harrowing Steel Arrows of Blinding.  But beware, for the swordsman cautions you that it is reputed the Revolting Colossus of Darkness haunts that place!

Also, if you prefer the black and white artwork, I'm including that as well. 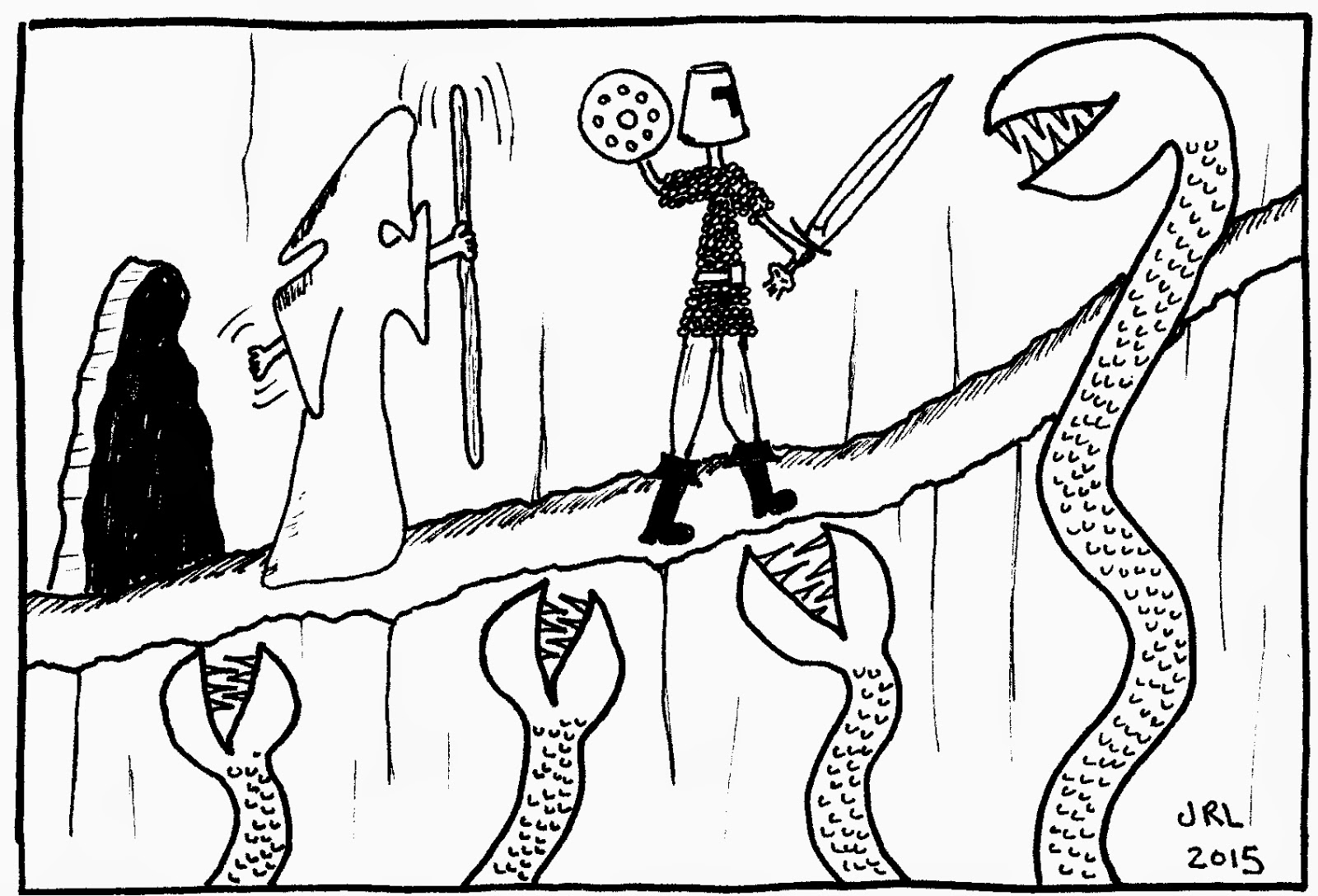 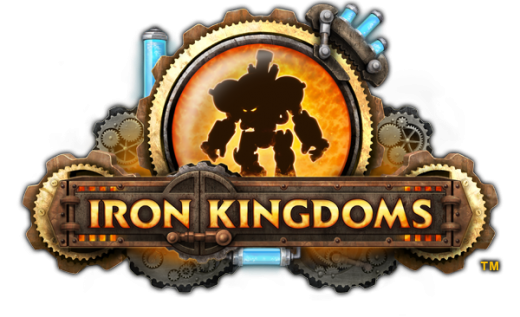 So when last I left off, our intrepid band had just captured the prime suspect in the warehouse break-ins and had been promised by our friend Sgt. Hill that we could question him at the jail when he regained consciousness.
Voldrag the Doom Reaver was late in arriving at the jail (I missed last week), and when he got there, he was greeted with a scene of tremendous carnage.  Five grey cloaked individuals lay dead, and the prisoner was holding his leg, having had the tendons cut during some torturing by the party...  Additionally, two of the party's elves had vanished, and the gobber had gone off to buy some coal for his steamjack at some point.  We have also acquired an alchemist named Trayjo.  Voldrag was sad at having missed such an epic battle, as he's always one for a good fight.
The prisoner, who is named Davin revealed that he was hired by a woman named Tyla Helden to search for a necromatic relic, and that she was currently staying at the Smoke and Stack Inn.  Davin the prisoner asked to be freed, or at least provided with a weapon to defend himself as the grey cloaked guys had been sent to kill him.  Instead, Mallik the gun guy inexplicably shot Davin in his other leg, the one that hadn't had its tendons cut during torture.  The Doom Reaver was pretty weirded out by this, and he's a Doom Reaver...
The party returns to the headquarters of the Illustrious Brass Anchor Trading Company to speak with Diera, our employer.  While selling the goods acquired from killing the grey cloaked assassins, we learned that one of them was none other than the renowned rifle guy Thurston Sale.  No way that one will come back to bite us.  No way.
The party journeys onward to the Smoke and Stack Inn, where we meet up with our old friend Rel Venik, the manager of one of the robbed warehouses.  Rel seems pretty disturbed and took the party to a back room where he revealed that it is him that Tyla Helden was seeking.  He then proceeded to relate to the party a wild story that involved The Five Fingers, a group called the Black Guards, a place called the Shatter Stones, some undead, some caverns, and a mysterious priest who gave him his wild tattoos.  Now all of this had Voldrag thinking, "I've got to check this place out!"  Alas Voldrag's adventurous musings were cut short, for during Rel's tale, an evil curse was activated that began closing up his eyes, nose and mouth threatening to suffocate him!  It was super creepy, and despite the party's best attempts to save him, Rel sadly expired, but he did leave a note. 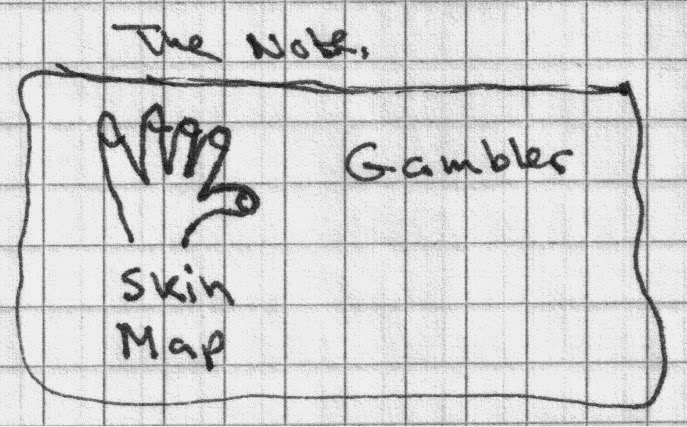 Upon inspecting Rel's body, the party discovered that parts of a map were tattooed on him in various places.  The party copied down the map, then left the Smoke and Stack with his body, by pretending that he was drunk.  We ditched his body and returned to the Smoke and Stack Inn to search a room that we had the key from, having relieved one of the dead grey cloaked assassins of it.  The room turned out to have nothing of interest, so we returned to the bar where while chatting with the bartender, the party revealed that they were seeking Tyla Helden and were in the employ of the Illustrious Brass Anchor Trading Company.   No way that one will come back to bite us.  No way.
Posted by jrl755 at 12:01 AM No comments: 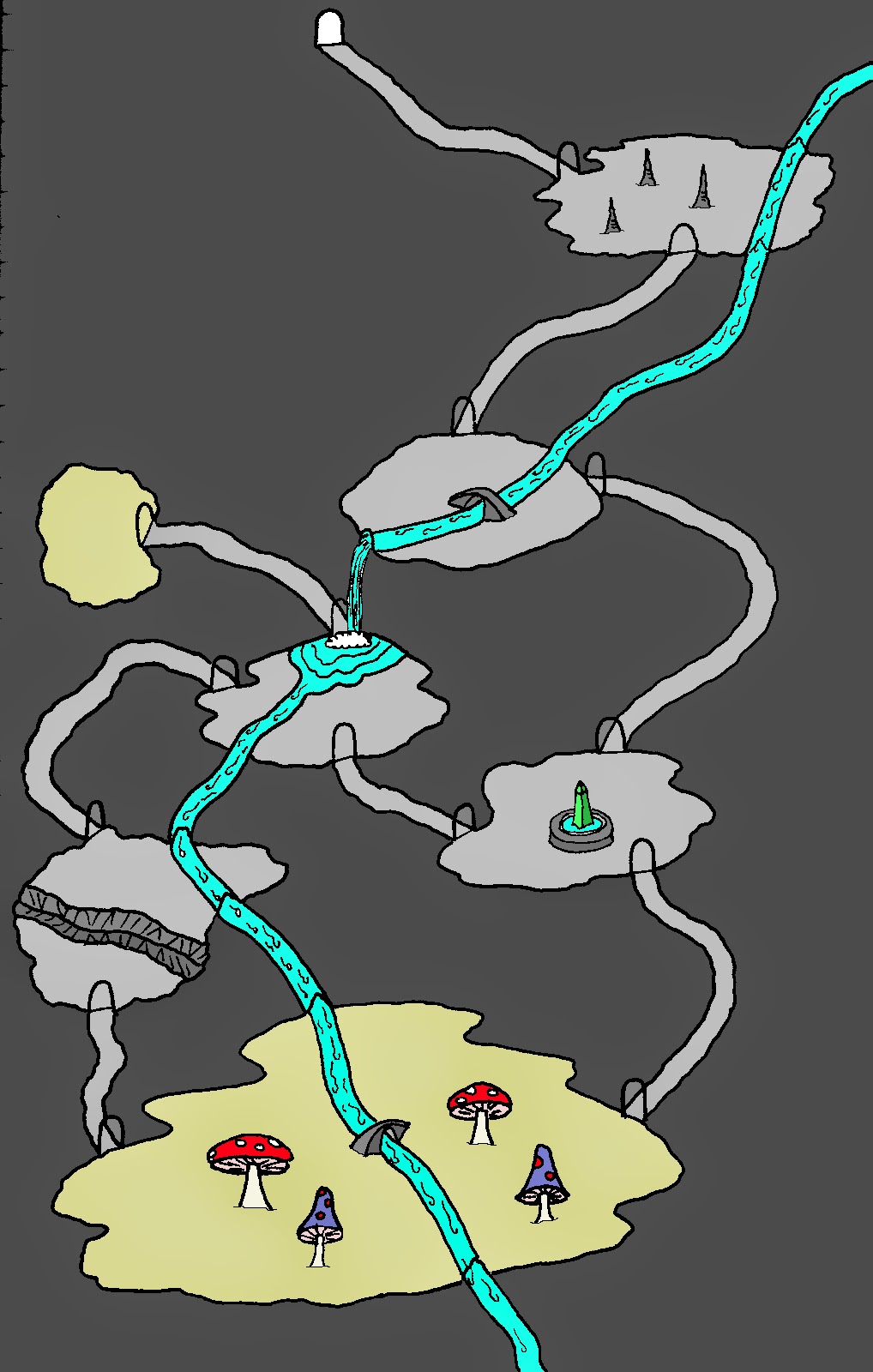 Here is a small map that I drew on a rainy day several months back for use in a game that I still haven't gotten around to running.  Originally, it was a black and white map on graph paper.  I've since taken the time to color it, and am pretty happy with how it turned out.  It's got some standard cavern things, stalagmites, an underground stream, a waterfall, a fountain with an eerie green obelisk, and of course some giant mushrooms. :-)
Fell free to take it, use it as is, or change it however you see fit.  Stock it with monsters, treasure, and nefarious traps, or stock it with unicorns, rainbows, and spun sugar.  Whatever you fee like.  So break out your favorite roleplaying game rules, whether it'sTunnels and Trolls, Dungeon Crawl Classics, Far Away Land or anything else you're in to.  If anyone does use it to create ann adventure, please feel free to link to your creation in the comments area, I'd love to see your work.

If you enjoy this may, feel free to check out the rest of my blog for more stuff:
Posted by jrl755 at 11:05 PM No comments: 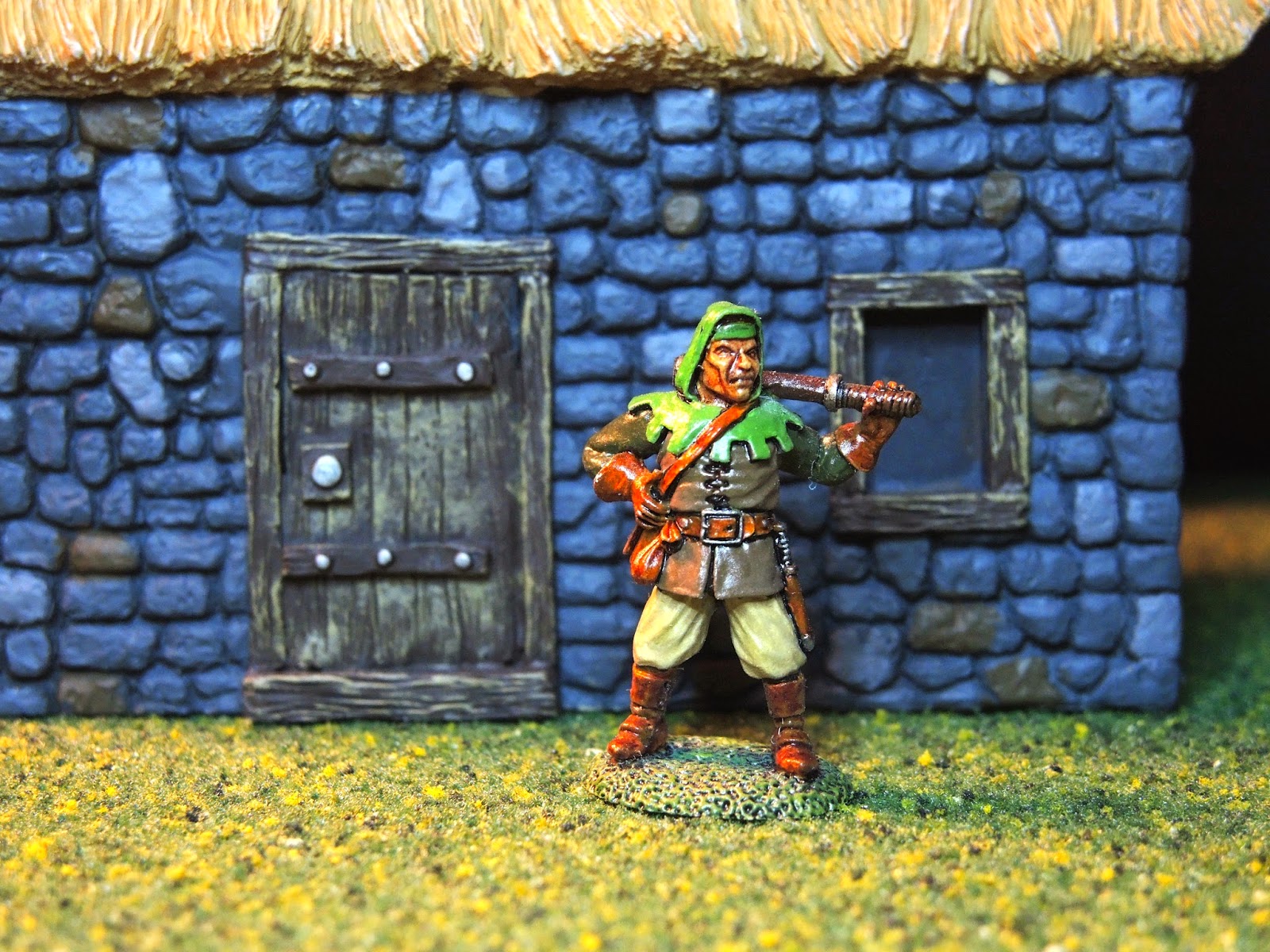 In this week's Miniatures Monday, we see a fellow standing outside of a stone cottage, but why is he there?  Is he a harmless peasant on his way to a day of labor, or is he perhaps a brigand waiting to waylay the unsuspecting dwellers within?  I'm going with brigand, what do you think?
Posted by jrl755 at 7:09 AM No comments:


I decided to give color a try in my Weird Adventure Wednesday illustrations, so I loaded one into Gimp and played around a bit.  I cleaned up the graph paper lines from the original hand drawn image, then colored it in.  I did it quickly, and I missed a few spots, but overall I'm rather happy with the results.  I think that the color adds to the cartoony feel that I'm going for.  I'm not sure that I'll be doing color illustrations regularly going forward, but I'll probably slip one in from time to time.  So what does everyone think?  Do you prefer color or black and white?
Posted by jrl755 at 8:06 AM No comments: