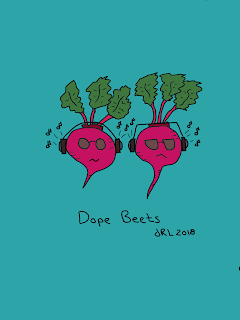 Email ThisBlogThis!Share to TwitterShare to FacebookShare to Pinterest
Labels: Drawing


1. The Shameful Cloister of the Accursed Teeth

2. The Fluctuating Inn of Whispering Hallucinations

3. The Timeless Village of the Sanctified Maw

4. The Flesh Melting Fortress of Sacrifice

5. The Unfathomable Monolith of Inauspicious Stars

Beyond Fomalhaut: [REVIEW] Under the Temple Crypt

On a steamy day you are hailed by a foppish jongleur loitering in a bustling inn.  The jongleur tells you an interesting tale that two months travel to the northeast, across The Relentless Ocean of the Unburied Gods was built The Emasculating Zoo of Astonishing Mockery.  It is said that there is hidden The Terrifying Iron Spyglass of Illusions.  But beware, for the jongleur admonishes you that it is alleged The Wayward Surgeon of Shrieking Mystery tortures all who go there! 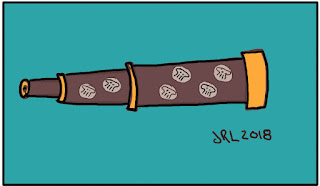 Item: The Terrifying Iron Spyglass of Illusions
This iron telescope is covered in a pattern of 5-60 (5d12) small raised skulls.  The telescope is approximately two feet in length when fully extended allows the user to cast an illusion that will frighten creatures anywhere within the line of sight provided by the telescope.  When all of the skulls are gone, the spyglass vanishes in a puff of purple smoke.  Casting the spell is accomplished by pressing one of the raised skulls which then disappears.  The user has no control over how the actual illusion manifests, and there is a 2% chance every time the telescope is used that it will backfire and affect the user and his or her friends.

In Dungeon Crawl Classics mechanics, this would have the effect of both Phantasm and Scare simultaneously as if cast by a 7th level Wizard.

In Labyrinth Lord mechanics, this would have the effect of both Phantasmal Force and Fear simultaneously as if cast by a 7th level Magic User and a 6th level Cleric respectively.

In Swords & Wizardry mechanics, this would have the effect of both Phantasmal Force and Scare simultaneously as if cast by a 7th level Magic User.
Posted by jrl755 at 10:41 PM No comments: