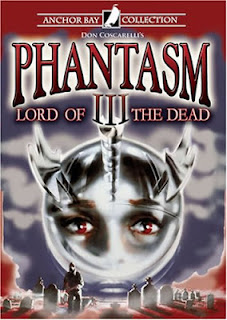 The Tall man is back, and so is the original Mike.  A reunion of the original cast that makes no more or less sense than any of the other films in the series.  I love it. :-)
Posted by jrl755 at 9:34 PM No comments: 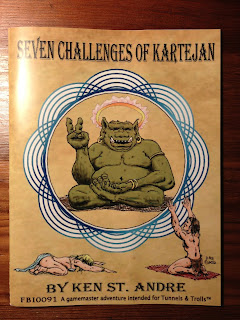 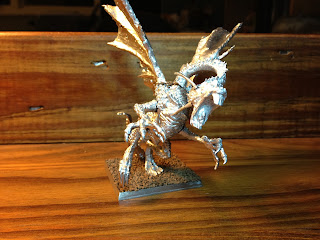 So this weekend, I finally finished assembling my Jabberwocky miniature.  It was way more time consuming than I'd hoped, but I'm pretty pleased with the results.  Now to prime it and paint it...
Does anyone have any colour suggestions? 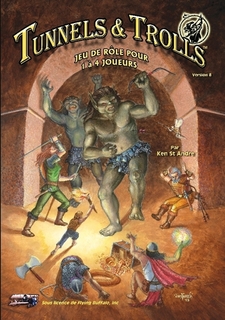 I am the proud owner of the French edition of Tunnels & Trolls.  It's a very nice book with great artwork.  I just wish that I could read it.  :-)  I can't wait until we see Deluxe Tunnels & Trolls in English! 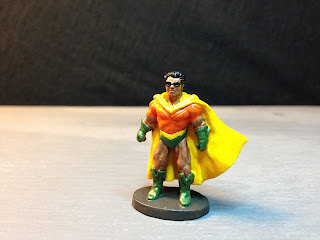 Today we see a lone (and brightly attired) superhero preparing to fight crime!
Posted by jrl755 at 6:36 AM No comments:

My dirty little secret of gaming

There are a lot of games on the market, many of which I've owned and played.  There are also many that I've owned and never played.  For the most part, this is because the game seemed neat, but either wasn't really my style, or I just couldn't find enough people to play it.  But there are a couple of games out there that I have owned, never played, am pretty certain I never will play, but every so often I com back to them to re-read them and wish that I played them.  It's no secret that I'm a huge miniatures fan, so perhaps it makes sense that my dirty little secret would be Games Workshops Warhammer Fantasy Battles and Warhammer 40K.  I own the rules, I own enough miniatures to field three armies, one 40K army and two Fantasy Battles armies in various stages of assembly.  So I am a closet Warhammer fan, I've watched the game being played and it seems like it would be fun, but I'm not sure that it would really be my thing to play.  Building the miniatures and setting up the terrain though?  I'm all over that!  So, does anyone else have a dirty little secret of gaming?  Something that they wished they played but for some reason just don't? 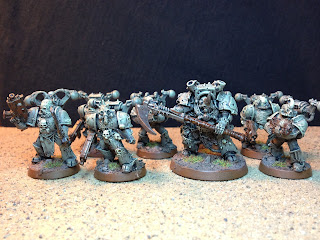 Here we see my plague marines being lead into battle by Typhus the Traveller for the glory of Nurgle.