Here is a map that I did for a game a number of years ago.  It's a partially flooded tower in a swamp with an earthen embankment separating the swamp from the drier areas.  Two huge statues guard the gap in the embankment, and a seemingly safe cobblestone path leads to the tower.  There was a basement to the tower as well and a lot of frogs if I recall.  Really big frogs... 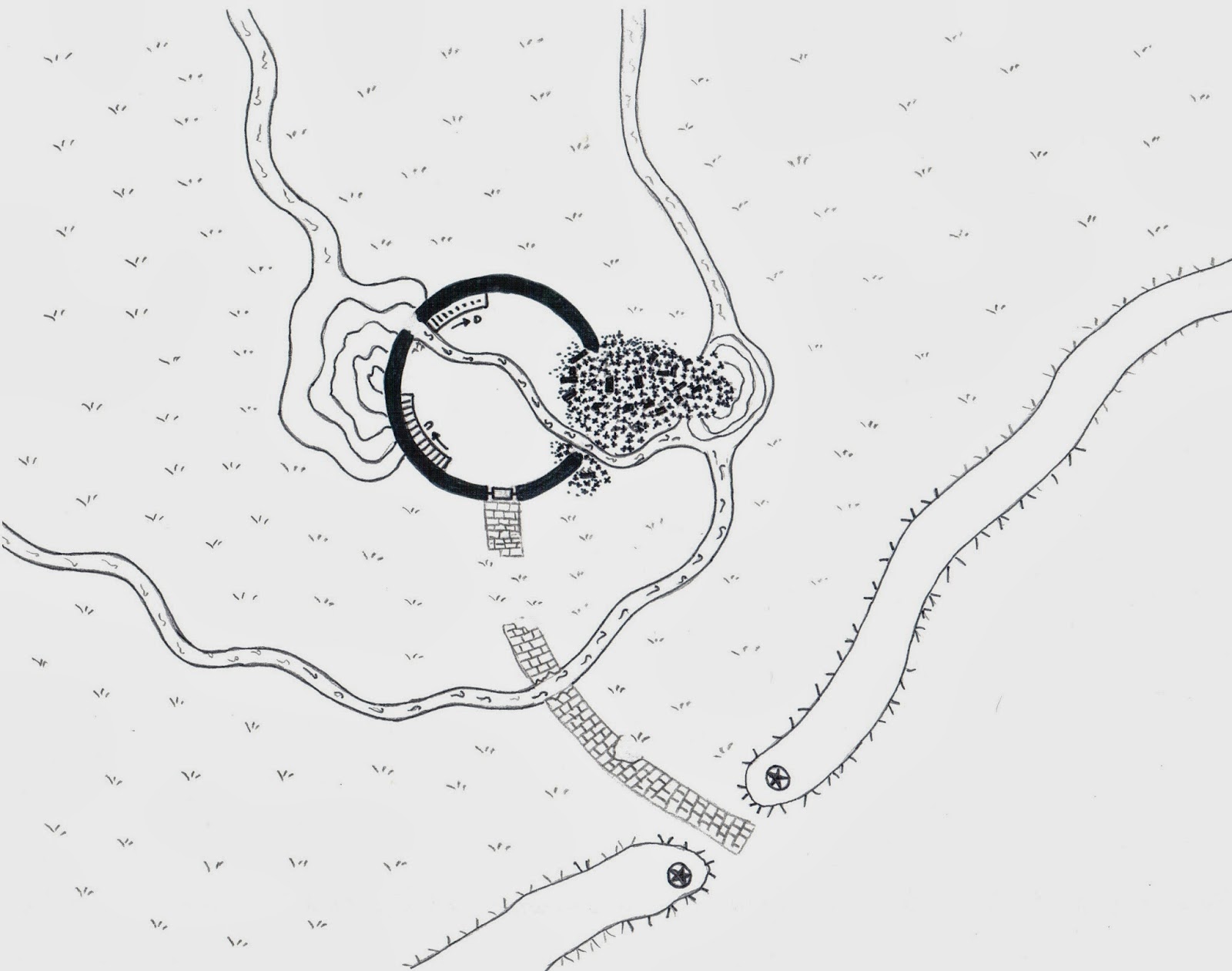 This is why I love NBC's Community.  They did an actual reference to Zardoz.  Seriously, Zardoz.  They have taken obscure references to a new level.  I'm impressed. :-) 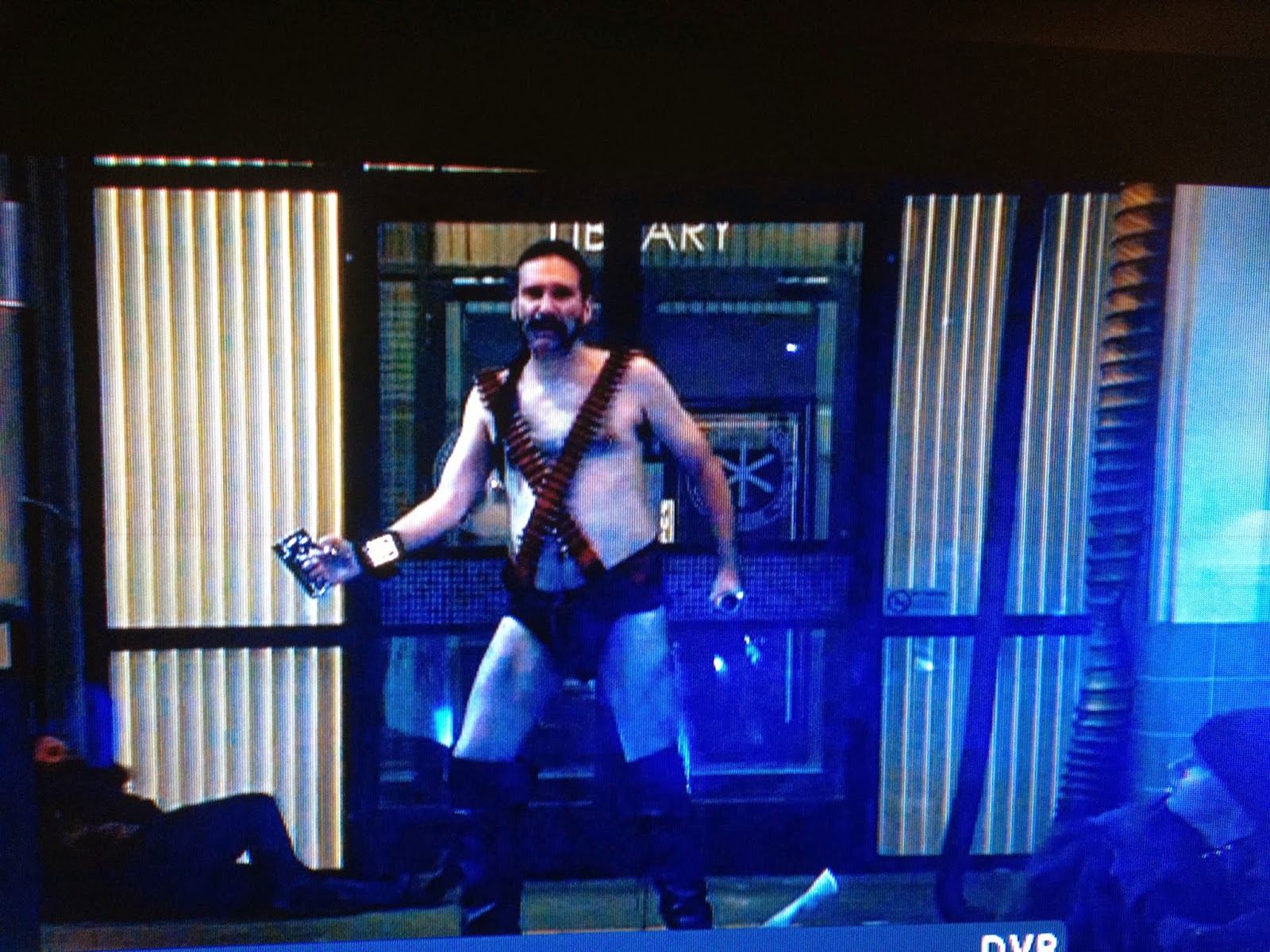 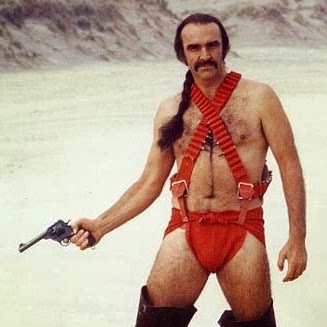 Email ThisBlogThis!Share to TwitterShare to FacebookShare to Pinterest
Labels: Community

Here is a map of a tower that I used for a GURPS adventure a long time ago.  It's got a groovy throne on the second floor that's just waiting to be occupied by a lich or something.  The pool in the sub-basement could hold all sorts of horrors, and that nest on the roof is awfully big... 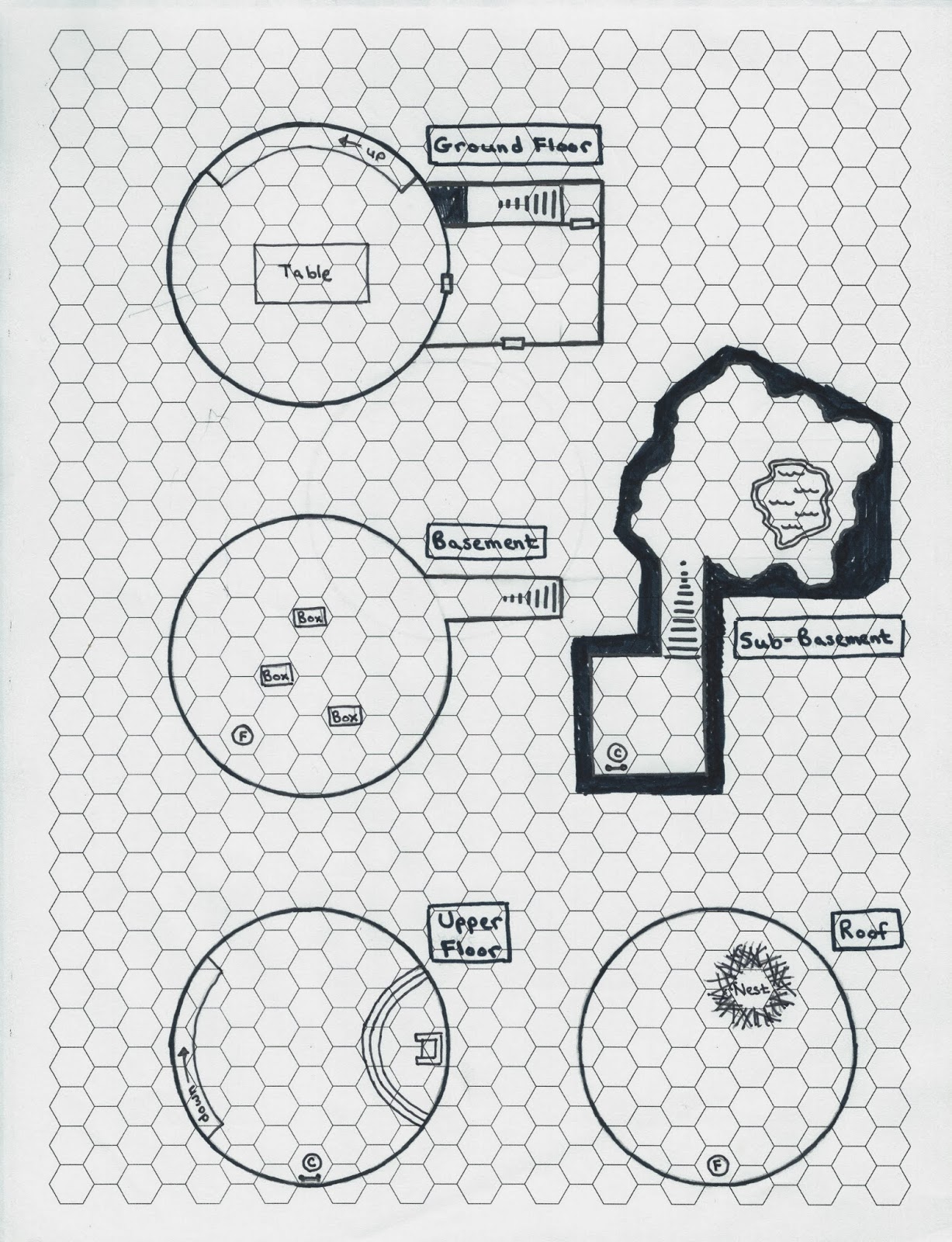 Here is an approximately 90% repaint of a pre-painted Warduke miniature from Wizards of the Coast.  I really liked the miniature, but wasn't too fond of the factory paint job, so I set about fixing it.  I started by repainting the rock that he is standing on, and once that was done, the rest of the miniature looked even worse, so I moved on to the skin, then the leather, and finally the metal.  I also added gravel to the base to give it a little pizazz.   In the end, I probably should have just re-primed it and started from scratch, but I think that it turned out alright. 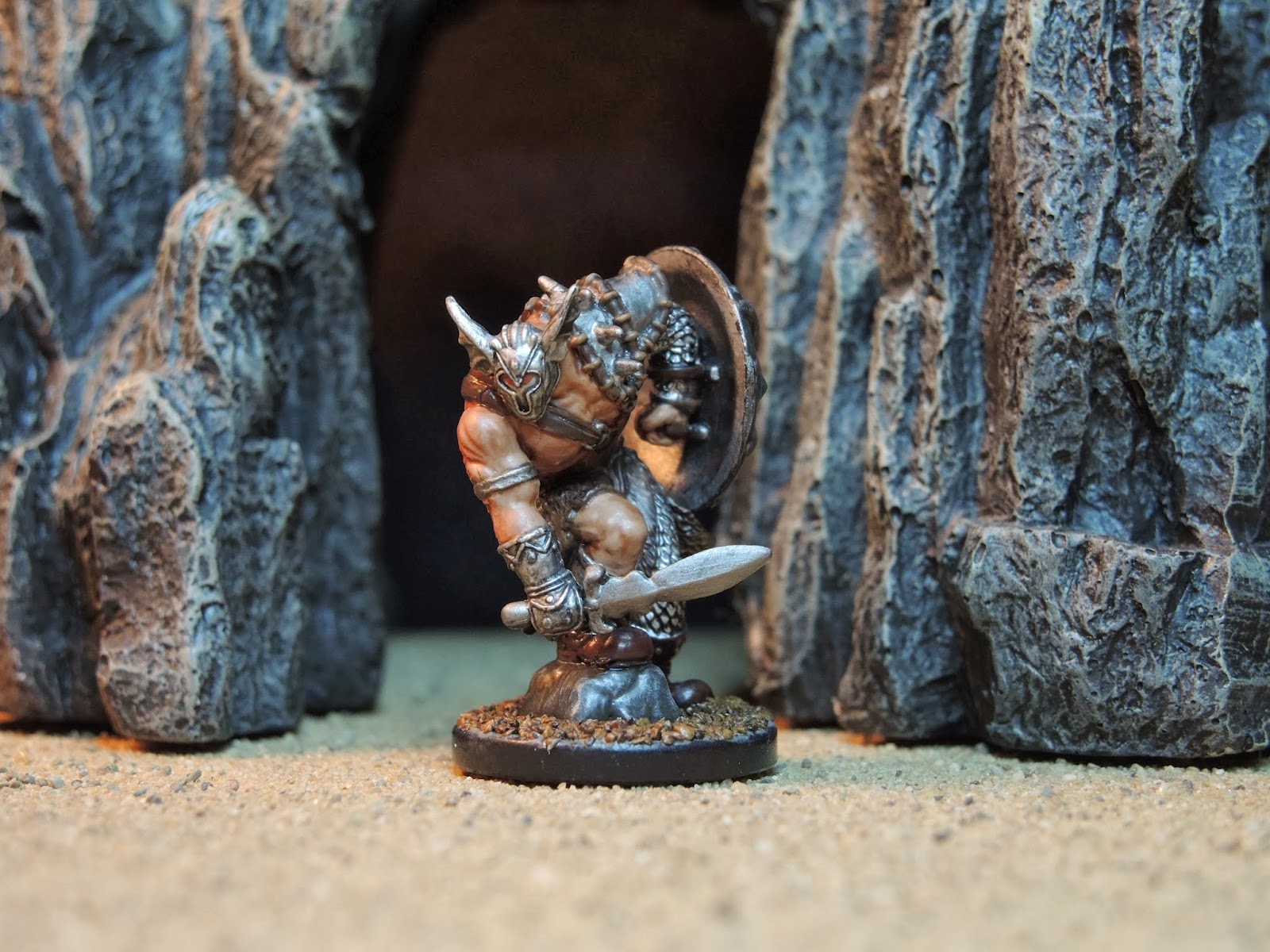 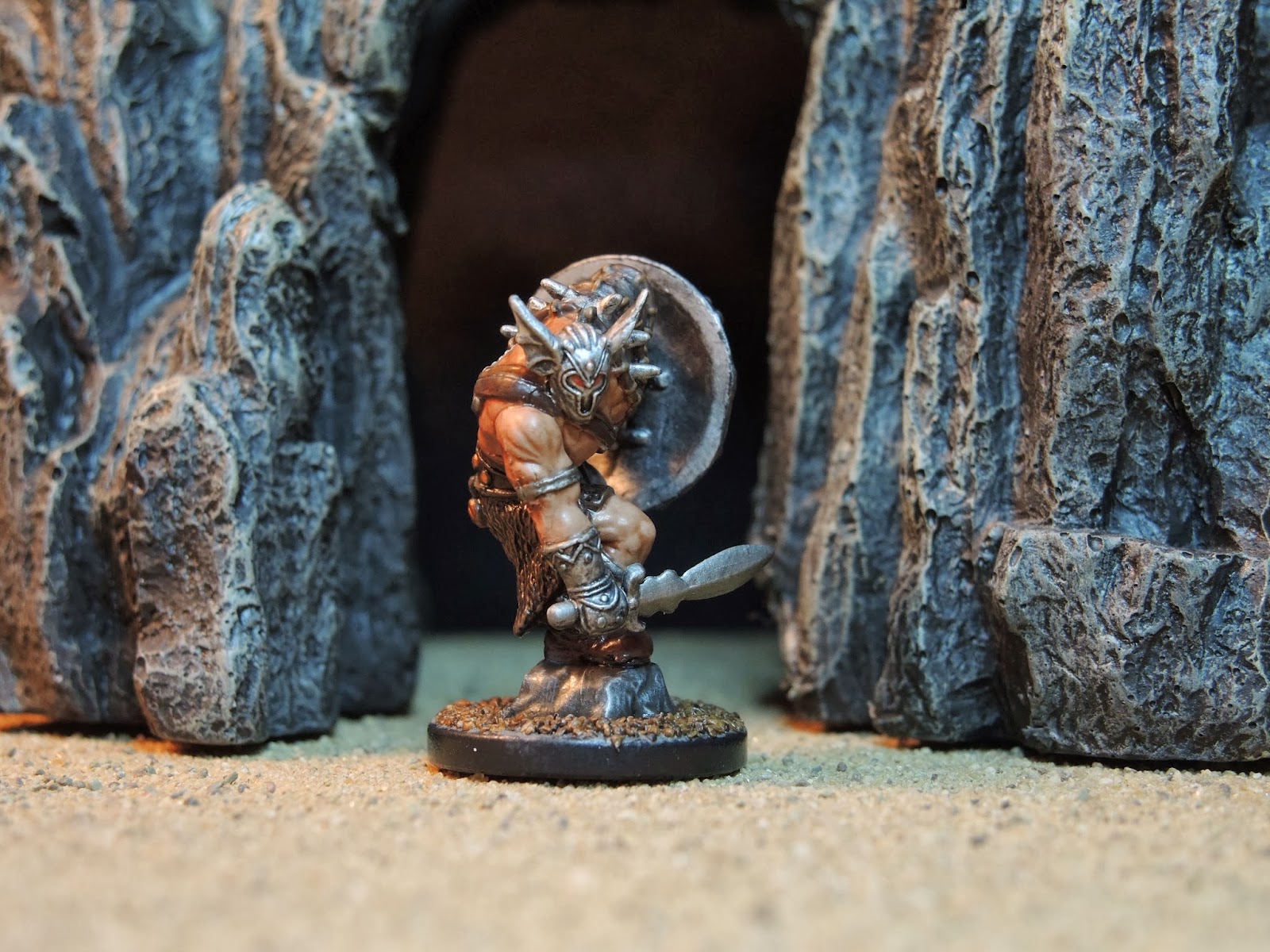 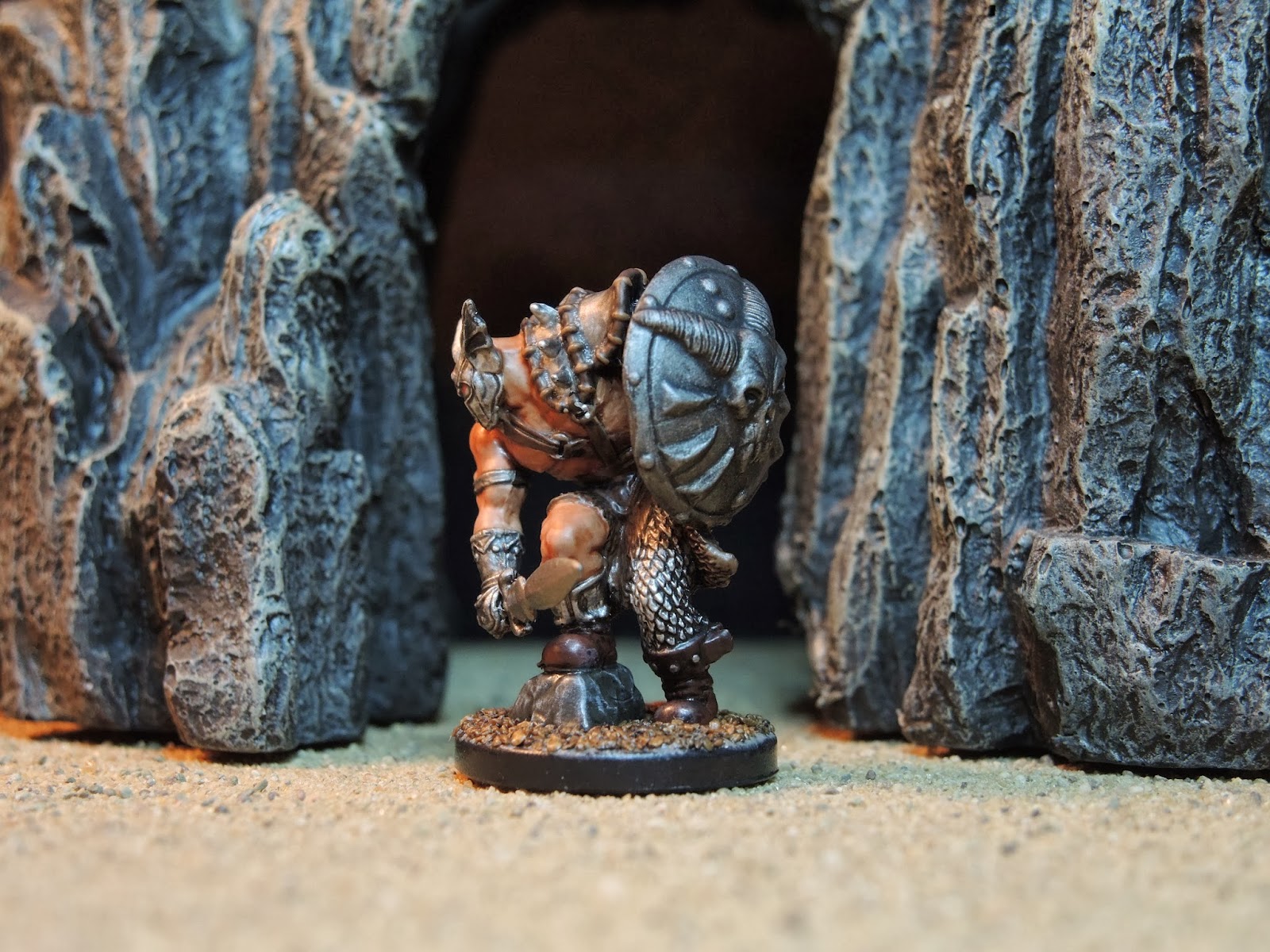 A fierce red dragon rears up ready to incinerate those who would dare to seek its treasure. 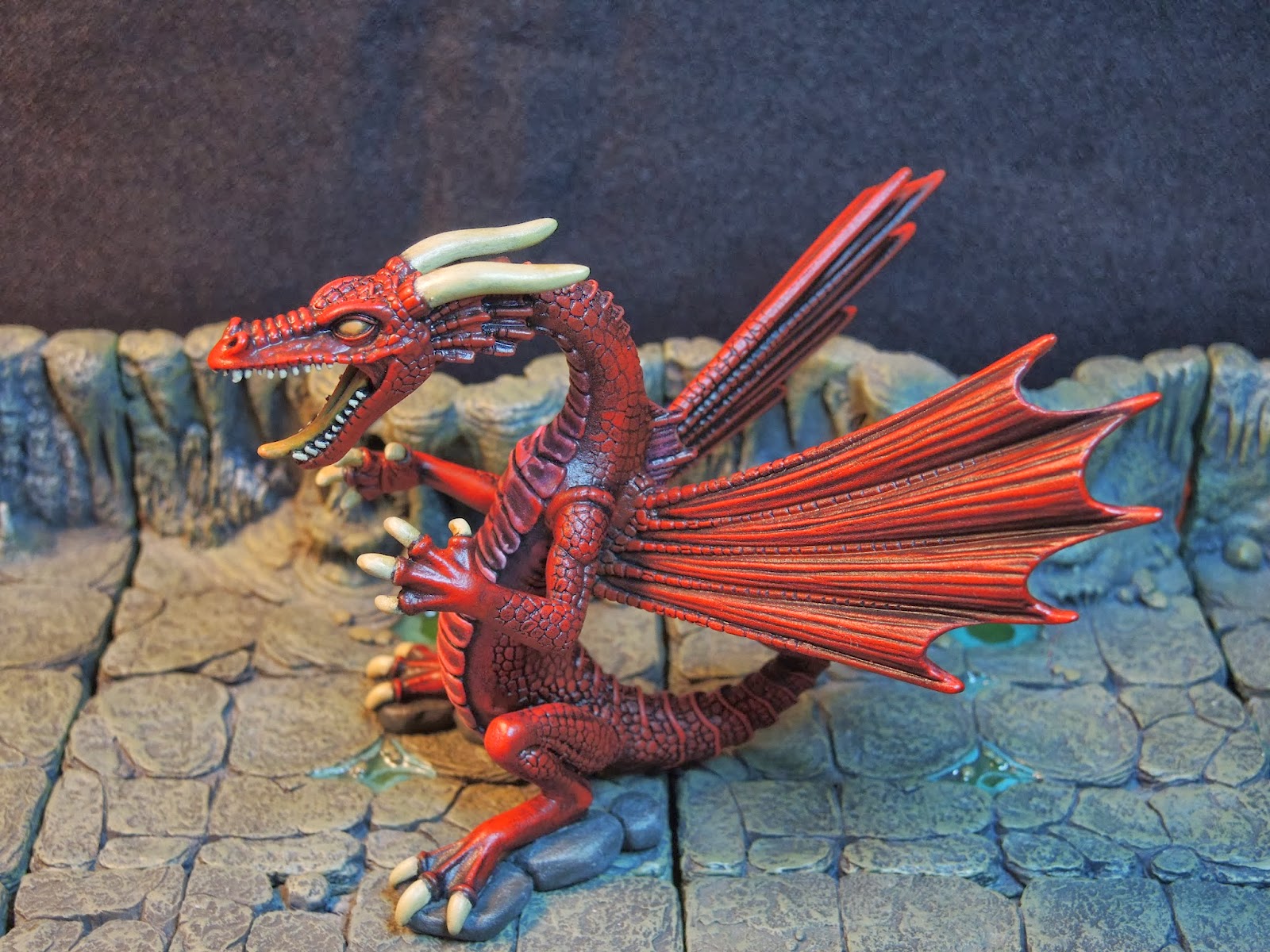 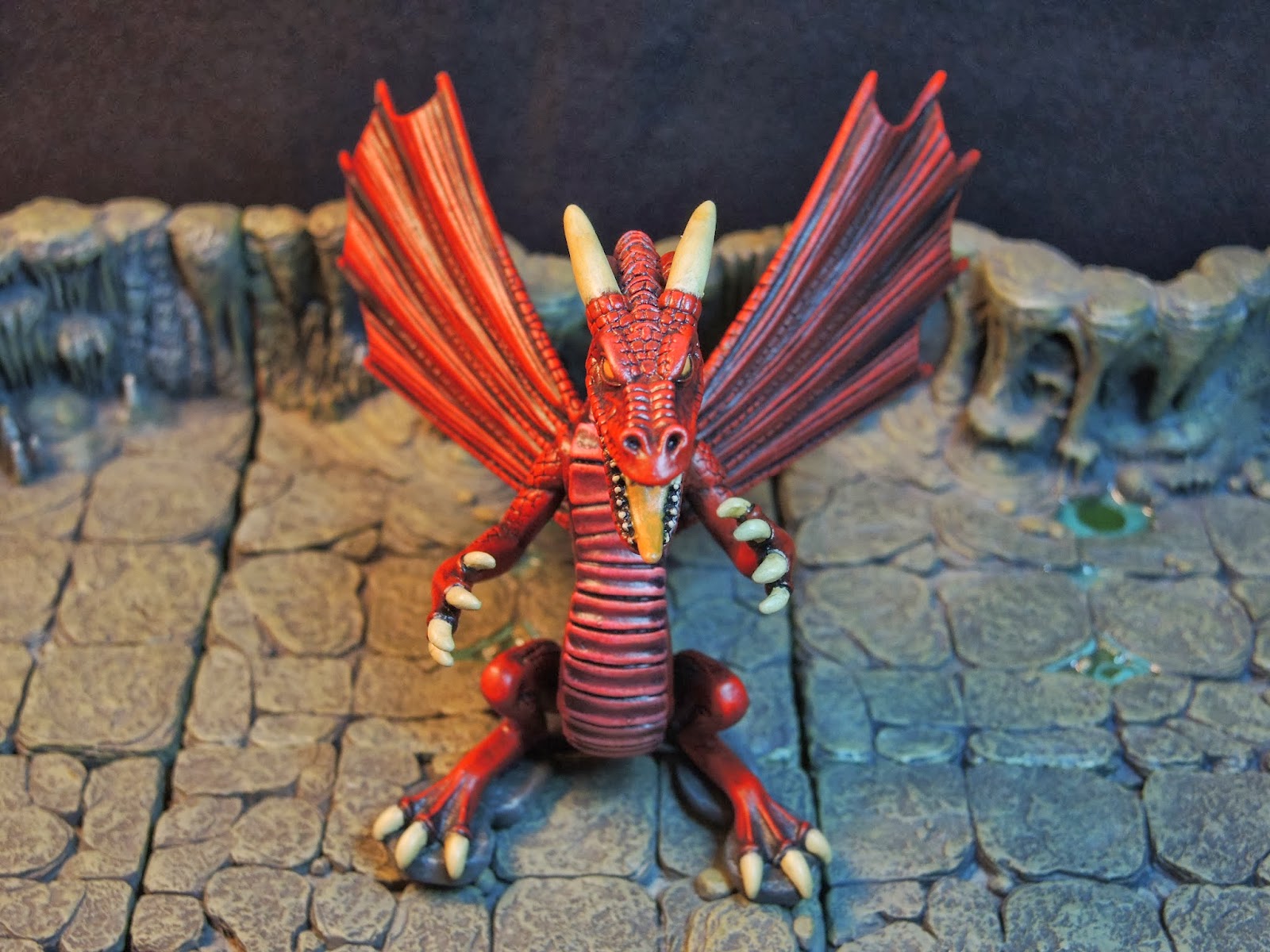 I was toying around the other day with the idea for a Magic Realm character sheet that might make it easier for new players to keep track of things.  I ended up putting together a sheet with boxes for identifying fatigued and wounded chits along with inventory boxes for active and inactive items.  With the existing player record sheet, this may take up too much room at the table to be of much use, but I was bored and had fun making it. 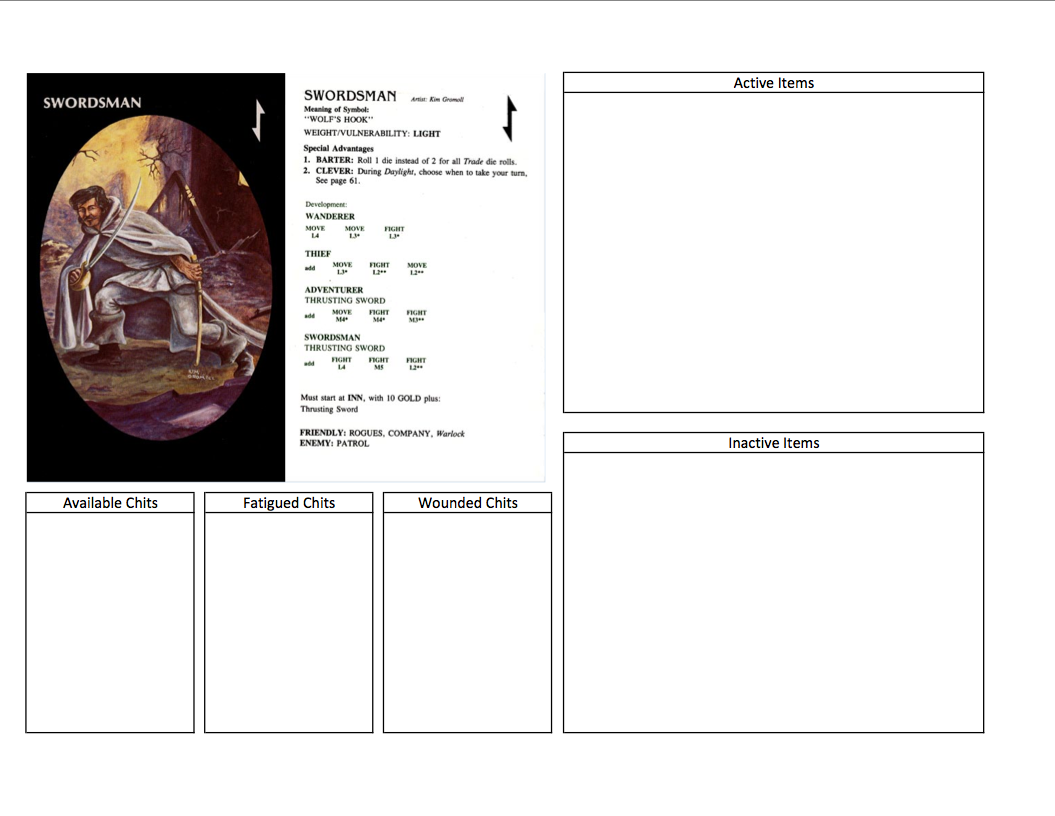 Here are links to the PDF sheets for the Amazon, Swordsman, White Knight, Black Knight, Berserker, and Dwarf.

Using Boardgames in your Roleplaying Games

The story of how the board for Avalon Hill's game Outdoor Survival was used in the early days of Dunegons & Dragons to run outdoor adventures has been well documented.  Looking at the board it makes perfect sense as it has most of the terrain that one might expect to encounter along with convenient markers that can be used for castles, villages, and encounters.  Overall I think that it's  good use of a nice game board from what I think was an otherwise dull game.  Supposedly Outdoor Survival was one of Avalon Hill's better selling games because it tended to be sold in gift shops at national parks.  In any case it's a lovely board, and it got me thinking of boards from other games that could be used in some manner for my roleplaying games.

First up is the board from the Odyssey 2 game Quest for the Rings.  While Quest for the Rings wasn't technically a boardgame, parts of it were played on a board, so I'm including it here.  This board while very attractive doesn't possess the same functionality of the Outdoor Survival board as it has no hexes, and the grid the overlays the board is fairly large, but the board itself could be used as a ready made GM's campaign map.  I mean, who wouldn't want to visit places like The mountains of Myrgard or The Dragon's Bog?
Another of my favorites comes from another Avalon Hill game, Wizards Quest.  My dad and I used to play this when I was younger, and while it's really not much more than fantasy Risk, I've always been fond of the board.  This one has better region delineation than Quest for the Rings, but it's not as good as the nicely ordered hexes from Outdoor Survival.  Still, in a pinch it could be used in actual play to track character movements between cities or adventure sights.  In the end though, I think that this board is still better suited for use as a GM's campaign map for a small scale campaign.
Moving back to hexes, I think that the map boards from Avalon Hill's Panzerblitz would be well suited for small scale outdoor adventures in areas covering a few dozen miles.  The Panzerblitz boards also have the advantage of being able to be positioned in a variety of ways, thus increasing variety.

There are of course a ton of boards from other games that could be used as well, like Dragon Pass, and SPI's Sword and Sorcery.  Does anyone have any favorite boardgames that they have been inspired to somehow incorporated into their roleplaying games?
Posted by jrl755 at 9:41 AM No comments: