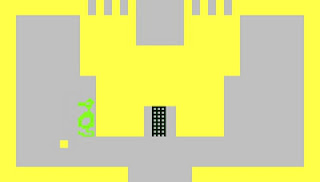 Manchego and his gang rides again! 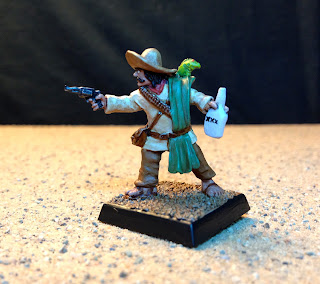 I was feeling nostalgic today, so I hopped in the Wayback machine, set the controls for 1981 and went back to playing Ultima I.

I found myself in the magical land of Sosaria... 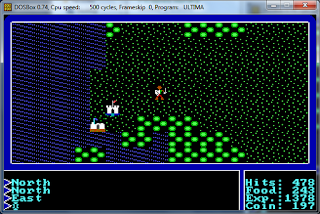 That castle sure looked promising, so I went to see the King. 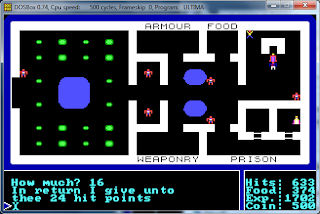 Sadly, the castle was a bit underwhelming.  Maybe he was King of the Hobos?  The King gave me a rather vague quest, and I headed to town to equip myself. 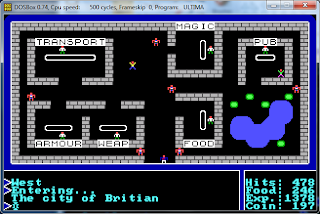 The town was a little better than the castle, but that wasn't saying much.  I decided to head off into the wilderness in search of a different town. 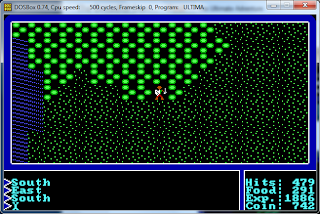 Along the way, I saw a giant squid. 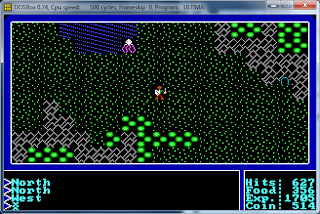 Though beset by adversaries, I reached another town. 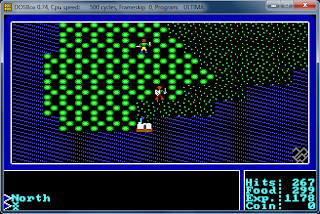 It wasn't much better. 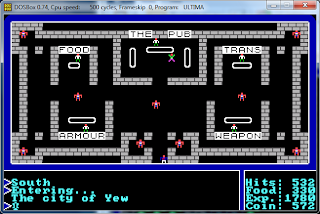 So I figured I would try searching dungeons for treasure. 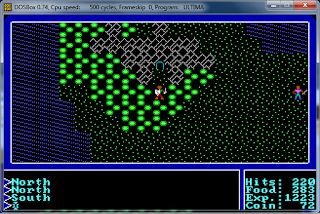 It was very dark. 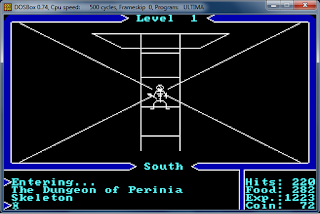 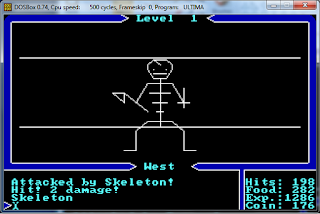 ...and Luchadores in dresses. 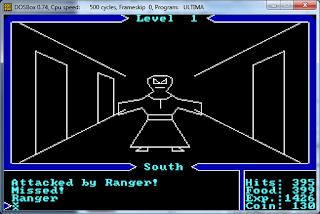