Here is eternal spring; for you the very stars of heaven are new

For here, even though winter approaches and the days grow short, I can still find some measure of springtime. 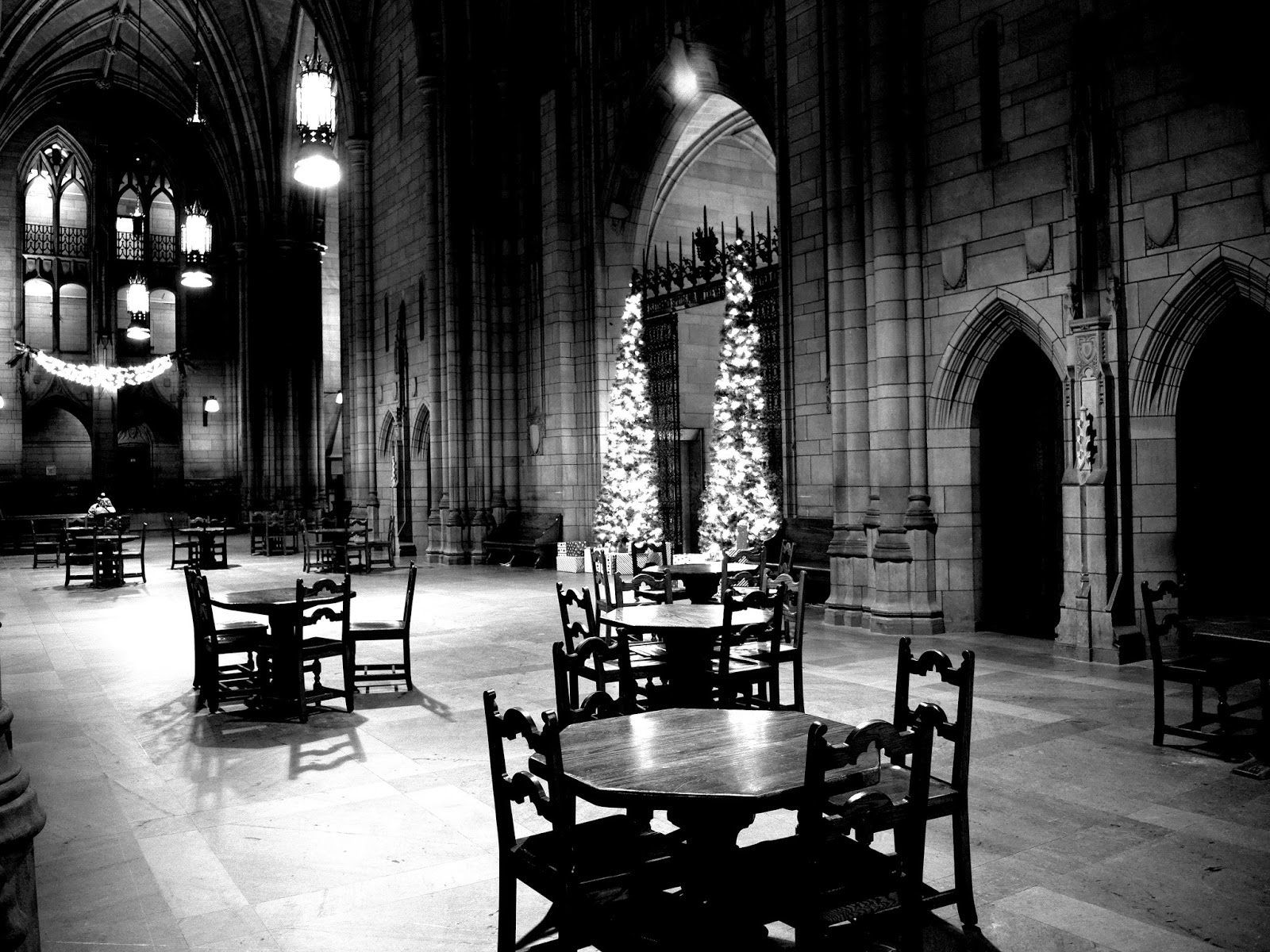 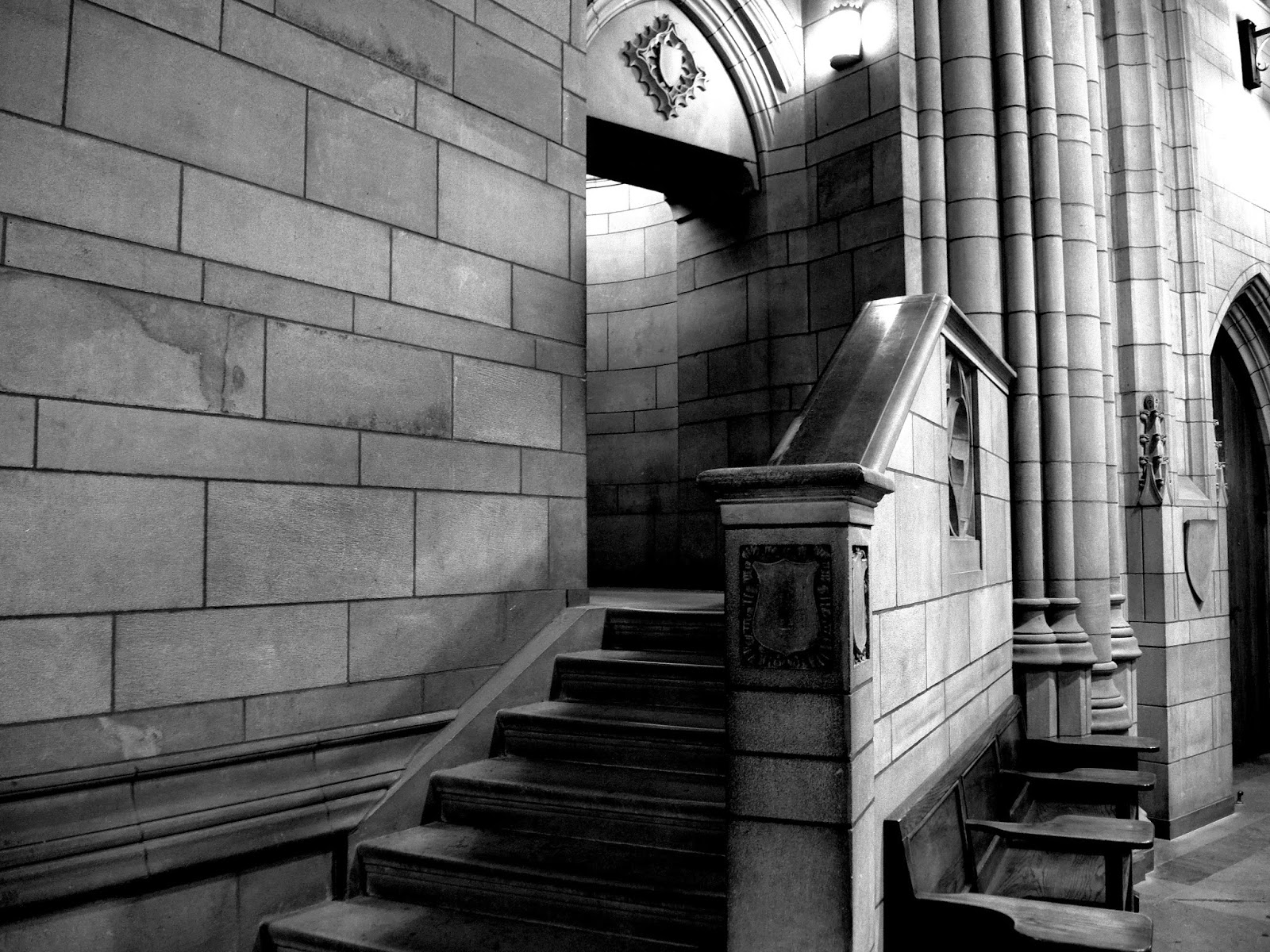 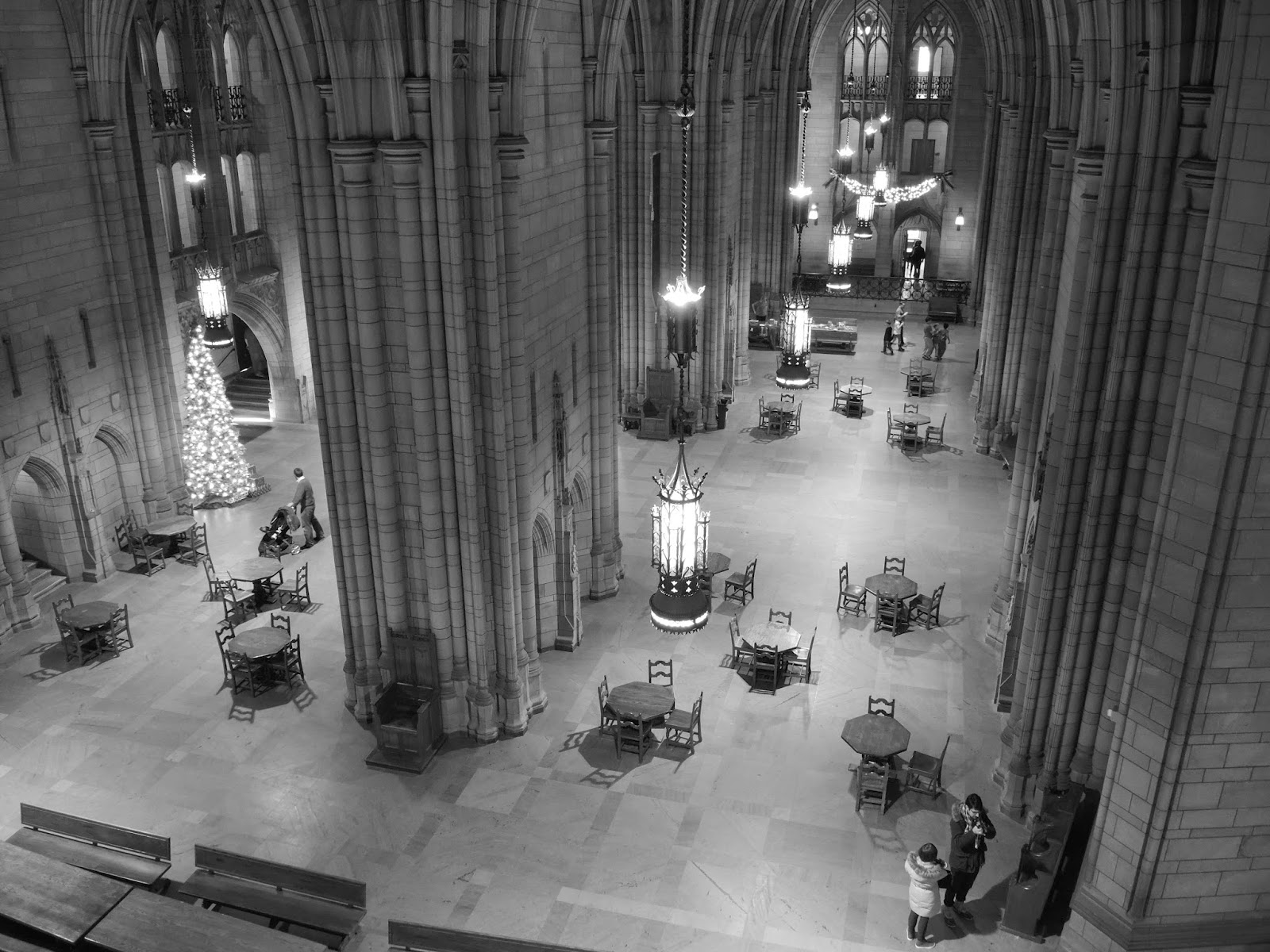 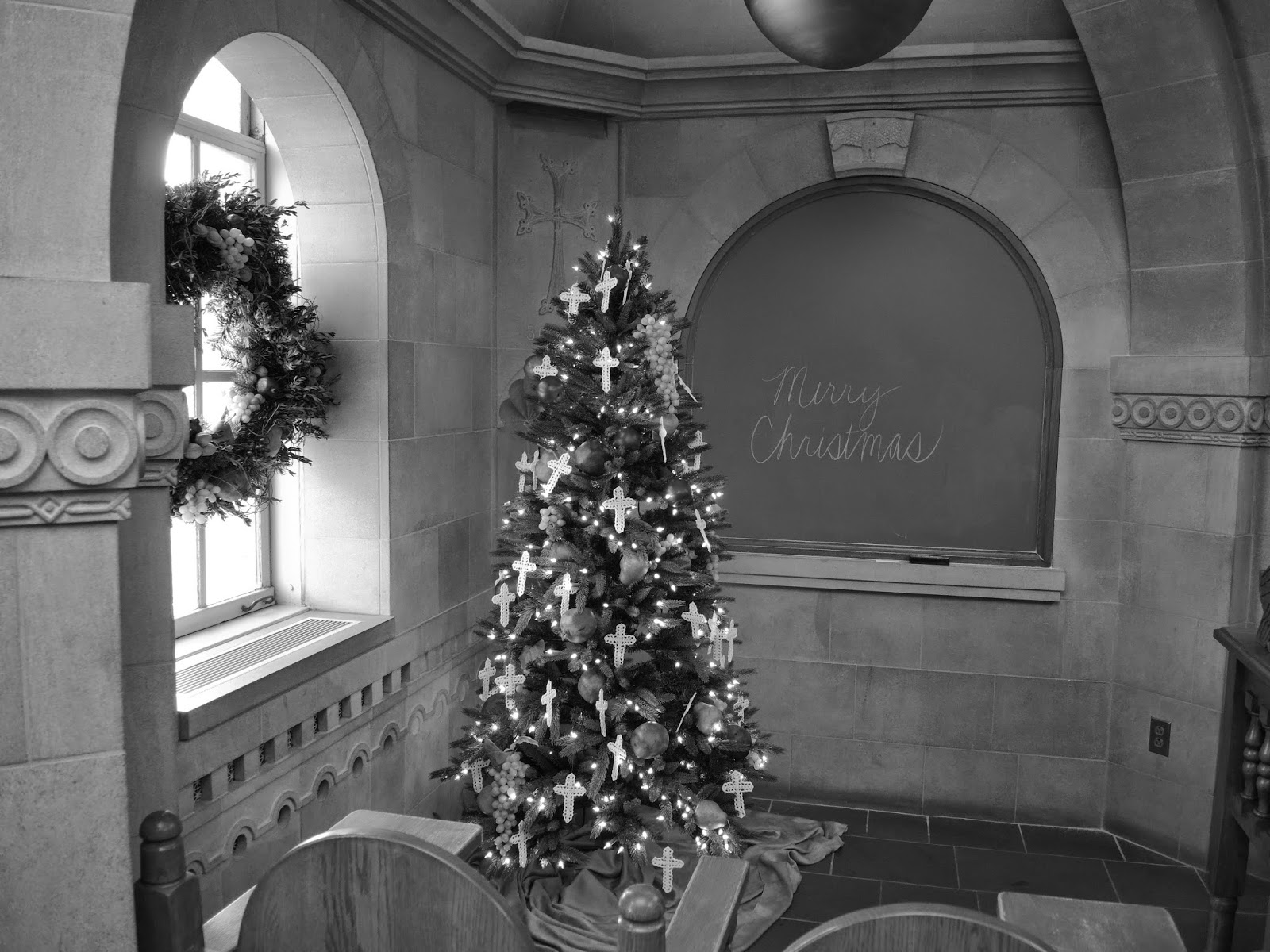 So I realize that there is a whole generation of kids that grew up dreaming about going to school at Hogwarts, and for most of them it was just that, a dream.   I was very fortunate, for very long before there ever was a Hogwarts, and the stars were new,  I went to school here.  So eat you heart out Harry Potter. ;-)
Posted by jrl755 at 11:18 PM No comments: Links to this post

Email ThisBlogThis!Share to TwitterShare to FacebookShare to Pinterest
Labels: Nostalgia

I haven't done a Free Map Friday in a long time, so I'm way past due.  Here is a set of maps that I did about 9 years ago for a Fantasy hero game.  It's a lost tomb and includes the overall map along with scale combat maps for use with miniatures.

The chasm ledge was crumbling and there was some sort of cyborg tentacle creature down in the water that kept trying o drag the PCs to their doom.
There were hidden pits in the flooded hallway, mostly a nuisance, except for heavily armored PCs. :-)

There were skeletons under the water near the columns waiting to rise as the PCs past them. I seem to recall that the statue was a trap...
And there was something nasty in that sarcophagus.

Here are two identical miniatures that I did in different paint schemes about a year apart.  The one on the left is older, and I like to think that the one on my right shows that my skills are improving a bit. 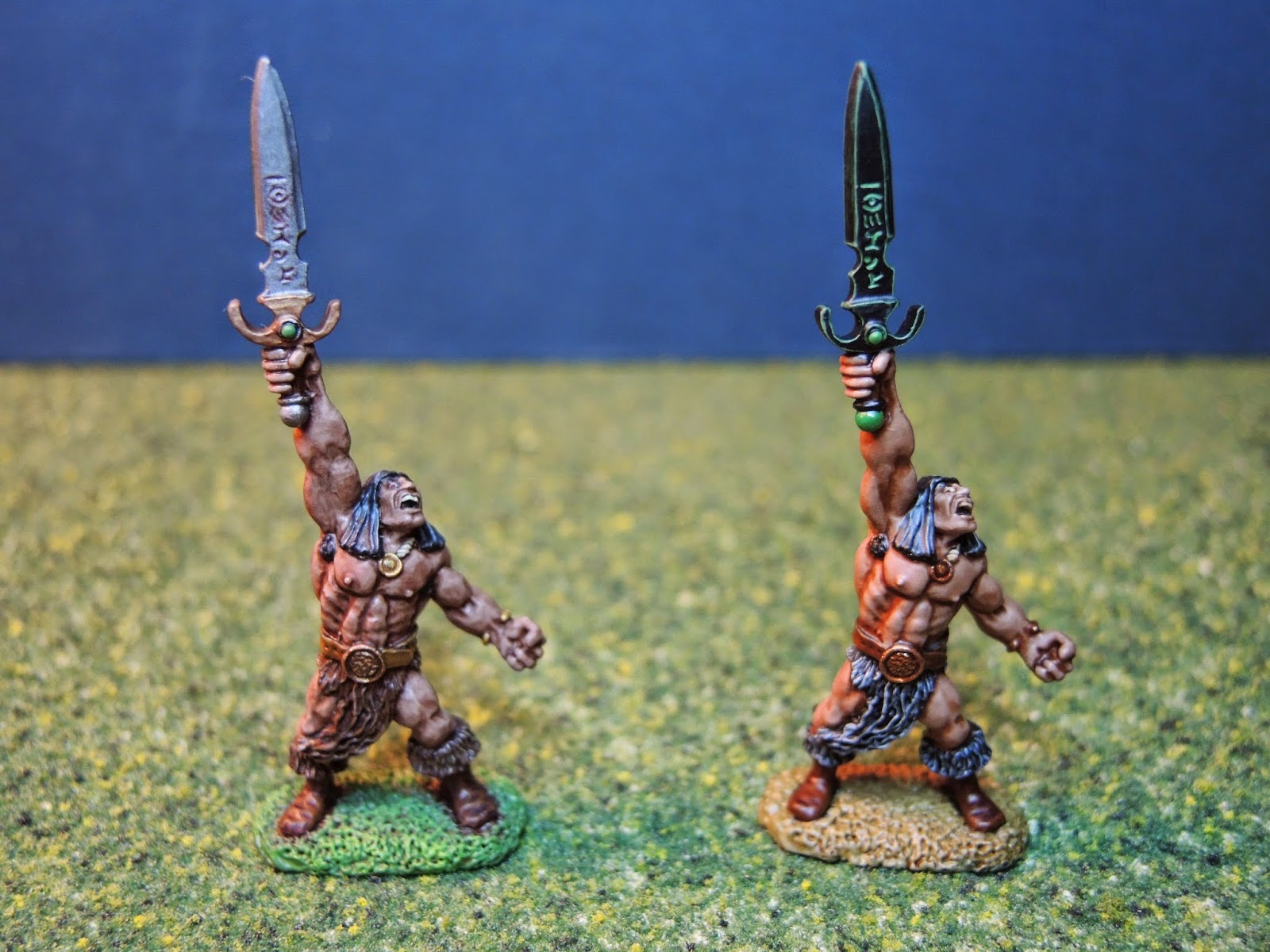 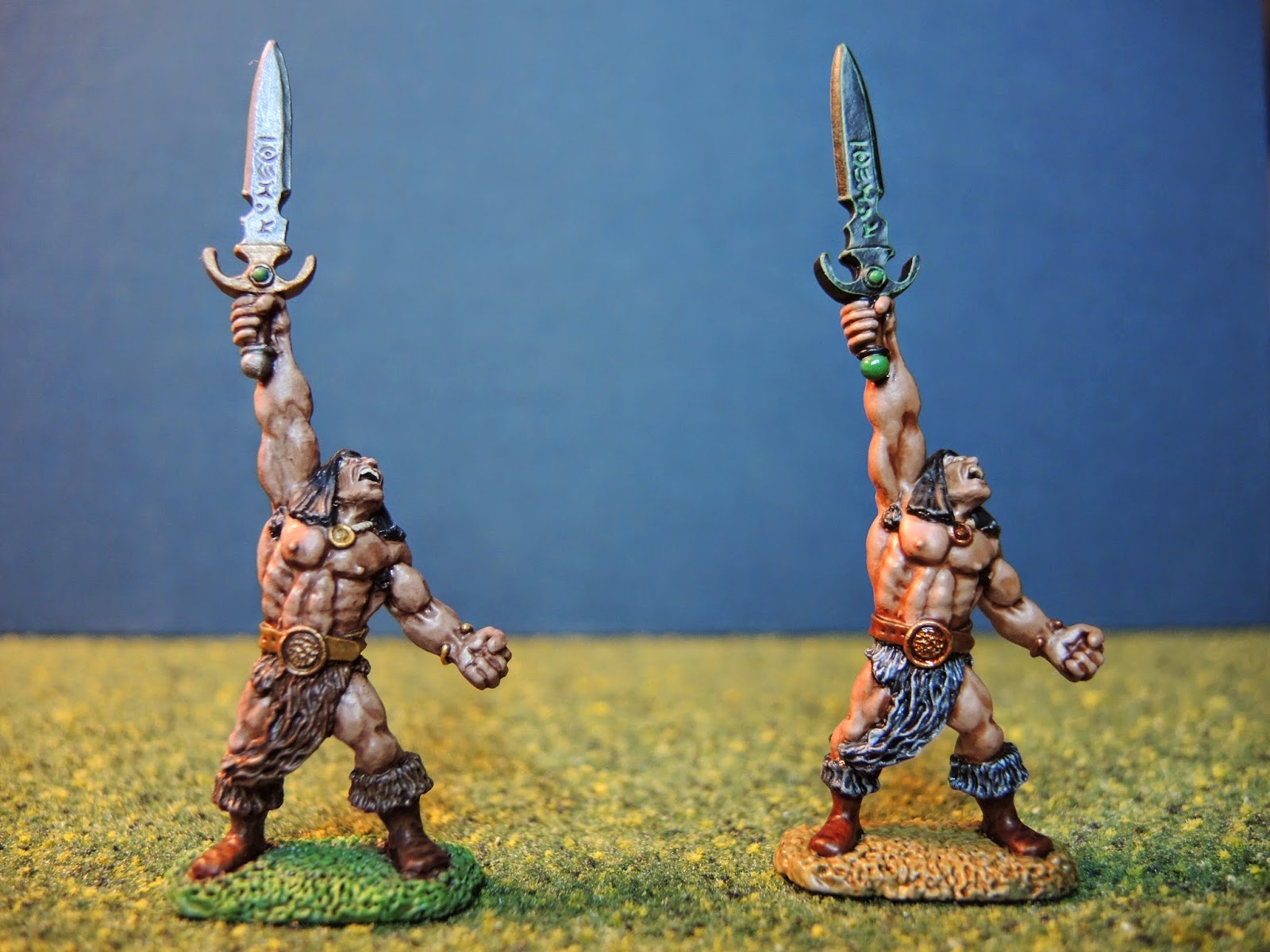 Have Yourself a Barrowmaze Christmas!

The miniatures from the Barrowmaze Complete Indiegogo Campaign just showed up and they are really sweet!  I've long been a fan of Otherworld Miniatures, but the shipping costs from the U.K. have kept them a bit out of my price range.  I was really excited that Barrowmaze was going to include miniatures from Otherworld, and now I have them in my hands.  I'm sure that I will be painting some of these in the coming months, so stay tuned for more details. 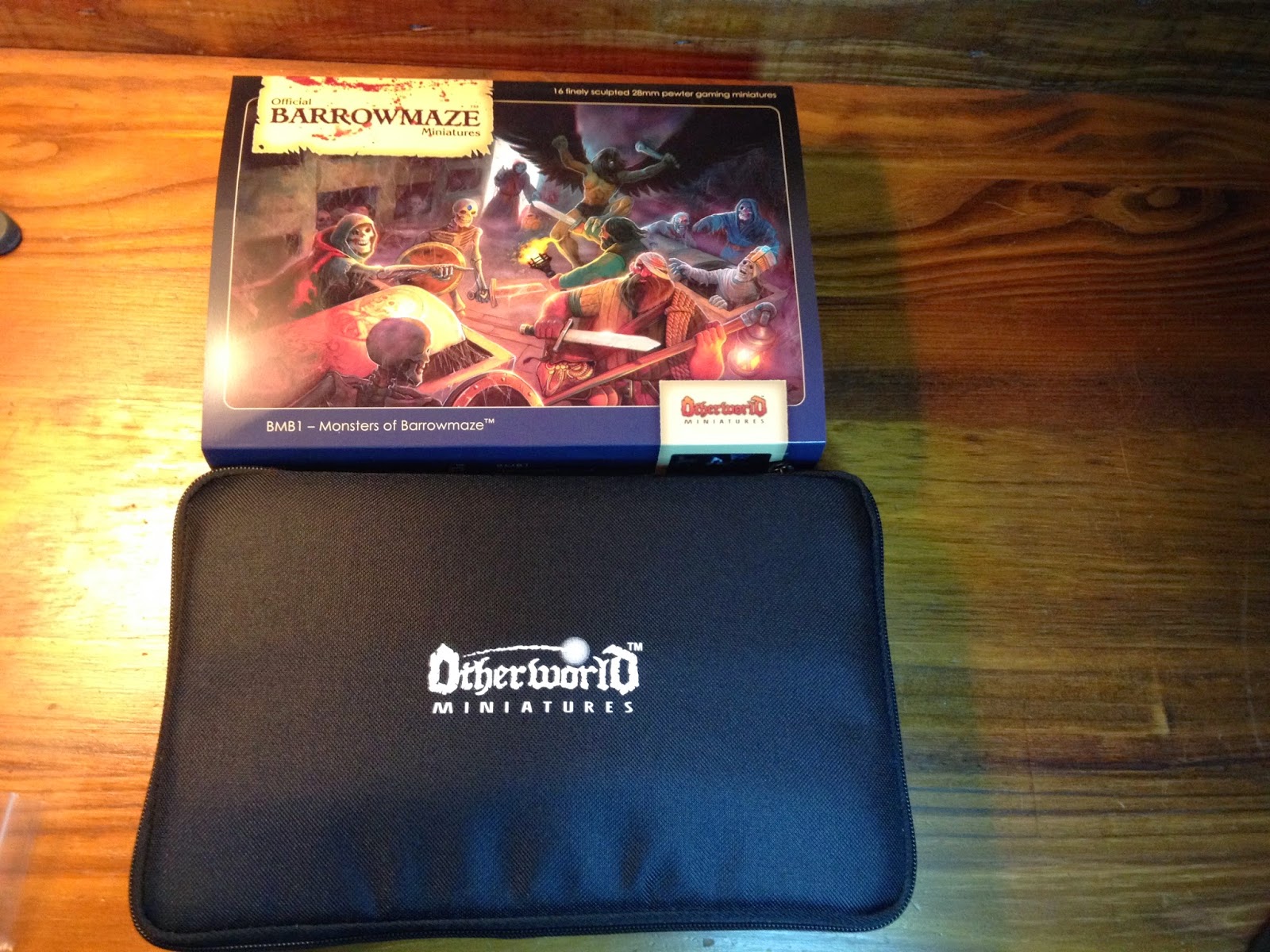 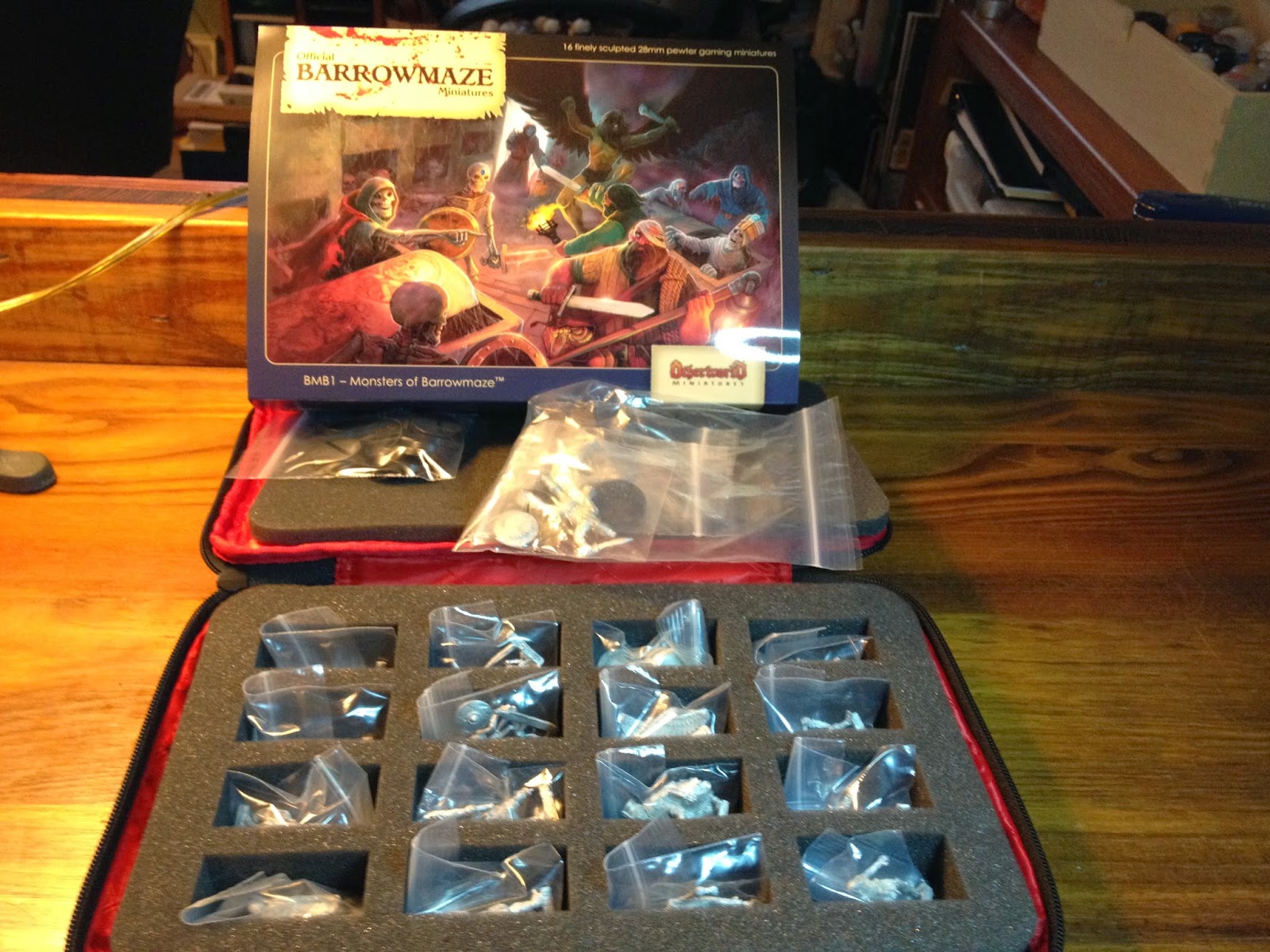 The book should be showing up any day now!

Death in the Tower of the Tongue!

So tonight we finished our zero level funnel foray into Cyclopentaxor's castle.  The party has already been depleted by two characters after their encounters with the skeletons and the bat people, so it was with 10 remaining that they faced the iron throne of skulls.  There was skeletal liquification, incineration from within, creative uses for a skeleton-less corpse, a water slide (somebody got stuck in the pipe), and a pitched battle with a giant tongue that tore the flesh from its victims.  Five of the original twelve characters managed to survive, and I think that it all went fairly well.  I for one had a blast.  :-)  There is a lot more to say, but I'm not sure that I could do it all justice.
Posted by jrl755 at 12:00 AM No comments: Links to this post

This week's miniatures Monday takes us to the lightless caverns far beneath the earth.  There in those night haunted vaults dwell the dreaded mushroom people!  I can't help but imagine that a small village of Smurfs lives on him though. 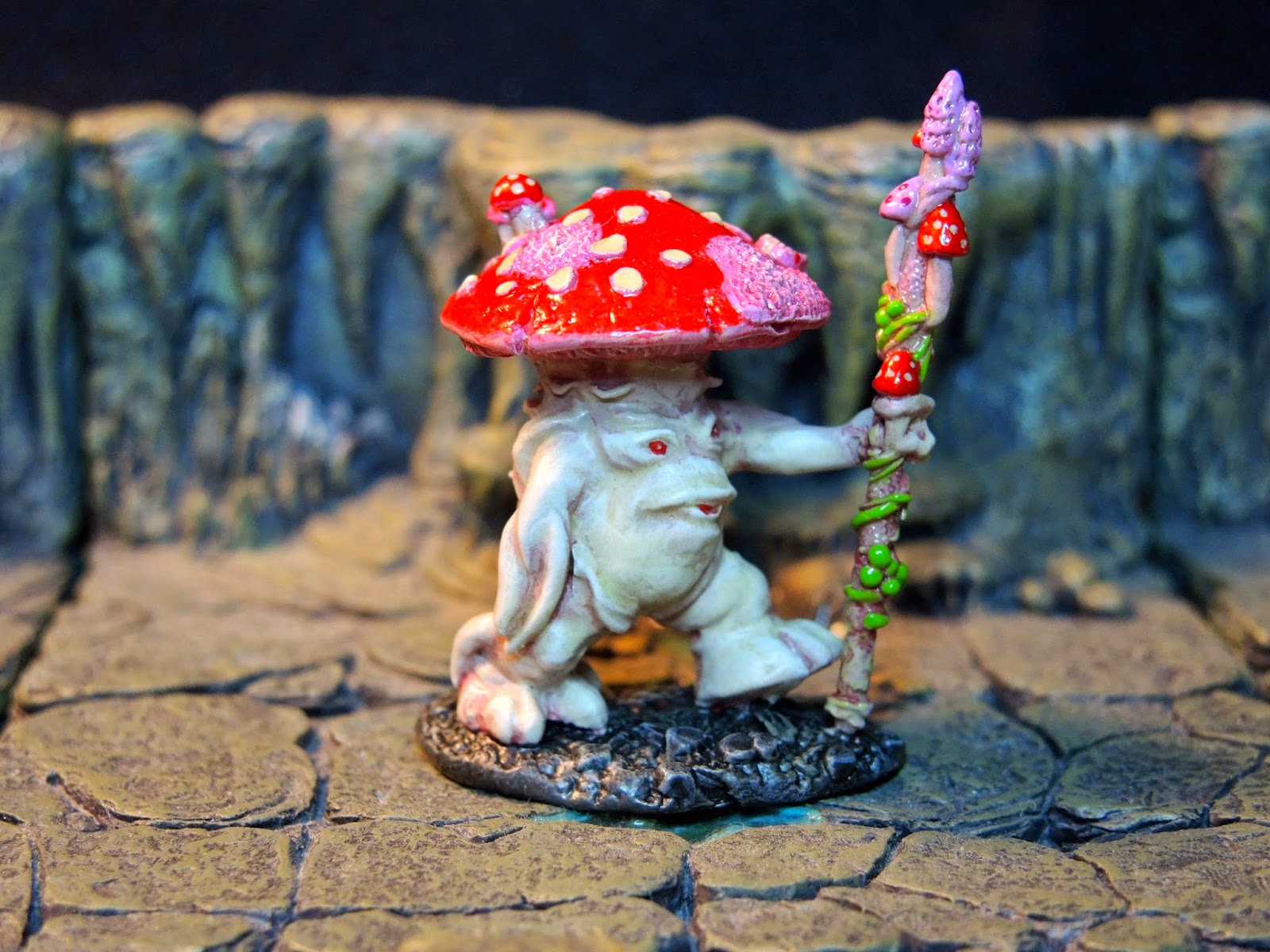 For next week I plan to have a bit of a holiday theme to celebrate the season.
Posted by jrl755 at 12:01 AM No comments: Links to this post