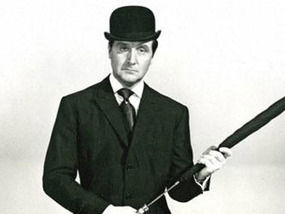 Patrick Macnee, who played John Steed in the British spy show the Avengers has died at the age of 93.  He was the epitome of the gentleman secret agent, able to handle the bad guys but always with style and panache.
Posted by jrl755 at 9:08 PM No comments:

Miniature Monday this week is...a barbarian!  Don't everyone look shocked at the same time.  :-)  This miniatures is a very old lead mini from a company that I can no longer remember.  I seem to recall that at some point in the 90s, I had figured out who manufactured this guy way back when, but I've long since forgotten.  It's not a great sculpt, but I've always been fond of it for its resemblance to Frank Frazetta's Conan paintings.  It's been sitting in a box for over 30 years and I figured that it was time to finally paint him.  Despite the limitations of the sculpt, I'm reasonably happy with how this one turned out. 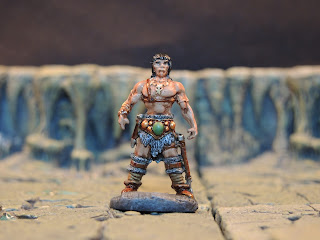 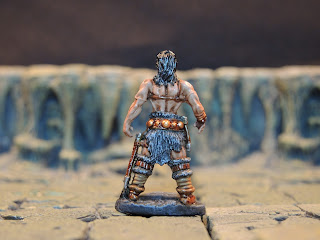 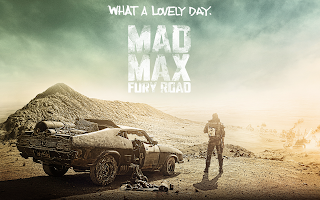 So I finally got around to seeing Mad Max: Fury Road, and I have to say that I was extremely impressed.  I think that George Miller did a wonderful job in setting up a story that was less of a reboot and more of another chapter in Max's history.  It required no knowledge of the previous films to be able to enjoy it, while at the same time containing enough references to those films to keep the long time fans happy.  I will admit that I was a bit skeptical of a new mad max film after 30 years, and even with all of the great reviews I had my doubts that a film which was essentially a two hour chase scene could really be successful.  To my surprise and delight though, Miller managed to maintain an almost constant edge of your seat tension throughout the film.  The special effects were extremely impressive and the set design and art direction created a wonderfully visceral post-apocalyptic world.  I would recommend this film to anyone who enjoys action films.  It is well worth the price of admission and definitely a film that should be seen on the big screen.  Plus, those old ladies kicked ass. :-)