Bring me the heads of the Jedi!

...so that I can repaint them!
Here are three more Star Wars action figure head repaints, Obi-Wan Kenobi, Anakin Skywalker, and Qui-Gon Jinn.  I really need to start taking before and after pictures of these for comparison purposes.  I seem to have achieved some new level of OCD nerdiness. 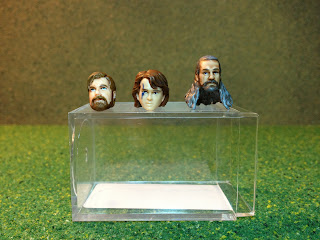 Here is a small map that I drew on a rainy day several months back for use in a Tunnels & Trolls game that I still haven't gotten around to running.  Fell free to take it, use it, or change it, however you see fit.
Stock it with monsters, treasure, and nefarious traps, or stock it with unicorns, rainbows, and spun sugar.  Whatever you fee like.  So break out your favorite roleplaying game rules, whether it's Tunnels &Trolls, Dungeon Crawl Classics, Dungeons & Dragons or anything else you're in to.  If anyone does use it to create ann adventure, please feel free to link to your creation in the comments area, I'd love to see your work. 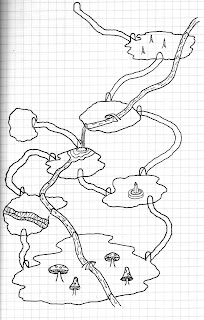 So my youngest nephews, who are 4 and 5 respectively, have recently gotten into Star Wars.  These days, with all of the other things to do out there, I don't expect that they'll stay interested in it nearly as long as I have (36 years...yikes), but I figured that you can't be into star wars without having some action figures, so I set out to fix this oversight.  The problem is all of those pesky light sabers and blasters to lose.  I mean what fun is Han Solo without his trusty blaster, or Luke Skywalker without his light saber?  Then I came across the Playskool Star Wars Galactic Heroes.  They are perfect for a kids fist Star Wars Guys, as we used to call them back when Jimmy Carter was President. :-)  Their weapons are a part of the action figure, yet their arms and legs still move to allow for some degree of posing.  Sure, they are kind of squatty, but I look at that more as "stylized". :-)  I think they are a great intro for younger fans, plus they have a pretty wide selection and are suitable for ages 3 and up. 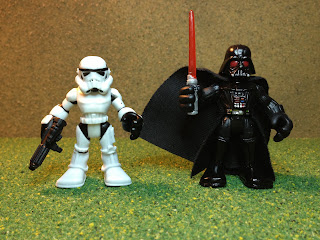 A Storm trooper with Darth Vader 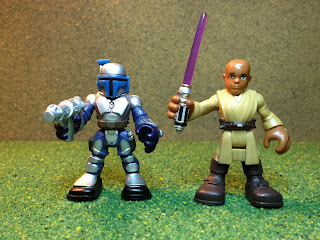 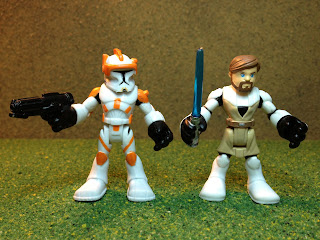 OK, so I've been repainting the heads of some Star Wars action figures.  Don't ask.  :-)  They had terrible paint jobs and were generally embarrassing from a Jedi standpoint, so I fixed them.  I'm actually pretty pleased with the results.  So, I present to the you new and improved Obi-Wan Kenobi and Qui-Gon Jinn. 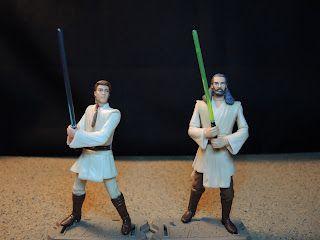 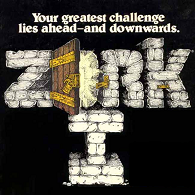 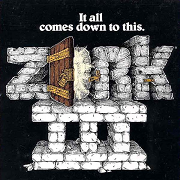 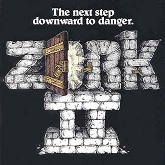 As a kid, I loved Infocom games.  For me, like many, the Zork trilogy was my introduction to interactive computer fiction.  I first played Zork II:  The Wizard of Frobozz at the California University of Pennsylvania computer lab in February1982.  I was there for a boy scout banquet and I started talking to one of the lab techs.  It turned out that he was a Dungeons & Dragons player like myself, and he asked me if I'd ever played any of the Zork games.  I said, "No", so he loaded Zork II on an Apple IIe to show me. I was hooked.  I bought all three for my Commodore 64 and had hours and hours of fun.  No graphics, just my imagination.  I fought the wiley thief.  I died flying in the balloon.  I travelled in time.  And of course, I got eaten by a Grue many, many times.  I played almost every game Infocom published.  Fun times.  Now, I can write my own Interactive fiction using Inform.  I need to get moving on that.
Posted by jrl755 at 12:51 AM No comments:

Your game sucks...and so does mine.

OK, I'll admit it. I used to be somewhat of a junkie when it comes to reading online discussion boards about roleplaying games. On some level, it's nice to see that there are so many people who are passionate about a hobby that I love. However, it is sad to see the energy expended on edition wars and people slamming one another for their choice of games.

Of course, this sort of thing isn't limited to online forums.  I've heard and even been a part of discussions in games stores that have ended up devolving into litanies of reason that game X sucks.  It is of course seems to be the nature of fandom that people feel the need to elevate their choice while simultaneously denigrating the choices of others.

Finding the best game is easy. It's the game that lets you and your friends gather around a table, eating pizza and laughing while you explore places and times that have never been. It's the game that stokes the fires of your imagination while fostering cameraderie and a sense of shared accomplishment. It's the game that is fun for you, no matter what that game may be.  Except maybe Powers & Perils.  Man, that game baffles me. :-)
Posted by jrl755 at 12:01 AM 2 comments:

I always imagined that they preferred their coffee iced... 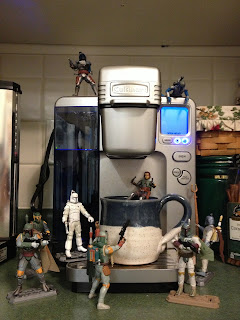 How many Mandalorians does it take to make a cup of coffee?  Boba Fett needs a cup of Joe!
Posted by jrl755 at 8:20 PM No comments:

Never tell me the odds! 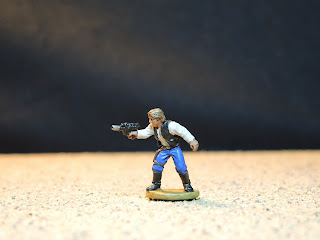 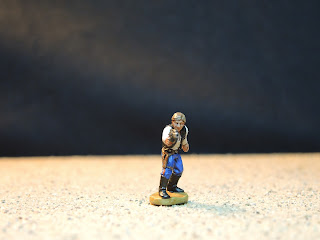 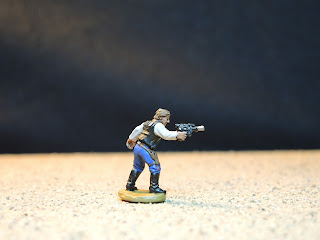 A Han Solo miniature from one of the sets that Grenadier did for the old West End Games d6 Star Wars RPG back in the 80's.  At one time I had a lot more of these, but I seem to have lost most of them over the years.  I wish I could find Chewbacca.

A bad day at the Great Pit of Carkoon! 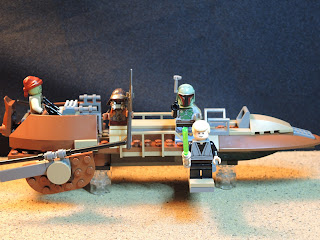 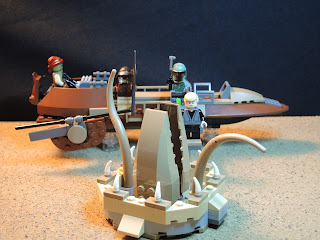 The Lego Star Wars Desert Skiff is quite a nice kit.  The instructions are easy to follow, the parts are well organized, and best of all it comes with an awesome Boba Fett minifig with a cape!  It also includes, a Weequay skiff guard, Lando Calrissian in a skiff guard disguise, and Luke Skywalker.  It comes with a Sarlacc that can hold one unfortunate minifig in its mouth (hopefully not Boba Fett).  All in all, a nice easy to build kit that looks great and isn't overly expensive.
Posted by jrl755 at 12:01 AM No comments: