Back in the day (The day being twenty to thirty years ago), I used to run games all the time.  These days I do so considerably less.  I have my excuses of course:  I've got a job, I'm busy, I'm lazy, etc.  In reality though, the truth is more complicated than that.  I'm pretty sure that what keeps me from running games these days is simply the inability to choose a system that I want to run.  Of course it was a lot easier way back when, as I didn't have that many games to choose from.  Basically I had Tunnels & Trolls, Dungeons & Dragons, Warhammer Fantasy Roleplay, and The Hero System to choose from.  Today I have a lot of games to choose from and spend most of my time looking at them unable to decide.  Now there are a ton of great systems out there and many that I'm quite fond of, but when I start thinking of running a game with one of them, I start thinking of reasons why I should use a different one.  The end result is that I don't run anything.  So I decided to write this as my stream of consciousness assessment of what I look for in a game system.  First let's go over some of my general gaming preferences.

DICE:  I love dice, and I own way more than anyone would ever need.  D5s, D6s, D14s, D30s, you name it, I've got it, but in truth I'm not all that keen on using funny shaped dice in actual play.  I'd rather not have to figure out which die I have to use.  I like games that use a single type of die.  The humble six-side die is pretty much tops with me.  I really like systems that use three six-sided dice to generate nice bell curves, but if there was a system that used three twelve sided dice, I'd be in heaven.  Twelve sided dice have always been my favorite shape, and a 3 to 36 range has to be good for something right?  :-)

CHARACTER CREATION:  Random character creation is fine for a quick dungeon delve, but for longer games, I prefer point-buy systems.  I like having the ability to build the character that you want within the constraints of the available points of course).  I know that it tends to be possible for players who are intimately familiar with the rules of some point-buy systems to min-max those systems and get better characters, but in truth I've seen that in non point-buy systems as well.

CHARACTER CLASSES:  I go back and forth on this one, but in general, unless it's a dungeon delving style game, I'm not a big fan.  I prefer skill based systems that allow the players to take the skills that they want.  Sure, you can have people take useless skills, but don't we all have some useless skills in real life?

COMBAT:  I like tactical combat.  I love having miniatures on the table, but I also want combat to resolve fairly quickly.  Unless it's the final big boss fight at the end of the game, I don't really much care for combats that run an hour or longer.  Now tactical combat isn't a must for me.  I'm perfectly willing to do combat theater of the mind style, but I do miss those miniatures. :-)

CRUNCHY vs. ABSTRACT:  What I mean here is having a ton of rules for situations vs. expecting more hand waving.  I'm pretty much a hand waving kind of guy.  If you come up with something cool to do, more than likely it's going to succeed because I'm entertained by things like that.  I don't much care for someone saying, "It doesn't work like that in the rules."

SINGLE BOOK vs. MULTIPLE BOOKS:  I'm pretty much a single book guy.  I like to have everything that I'll need in one place.  I've just never been a fan of having to page through multiple books to resolve a rules issue.

So there are some of my general gaming preferences.  I'll be doing a follow-up post on some of my favorite games and how they line up with my preferences, but I would be curious about what games other people think fit my preferences or about where they fall in respect to their own preferences.

Email ThisBlogThis!Share to TwitterShare to FacebookShare to Pinterest
Labels: RPG

Here is a map that I did for a Castles & Crusades game that I ran several years ago.  I didn't get around to including most of the place names, but I did manage to color some of it in with colored pencil.  It has sort of a Mediterranean Sea feel to it. 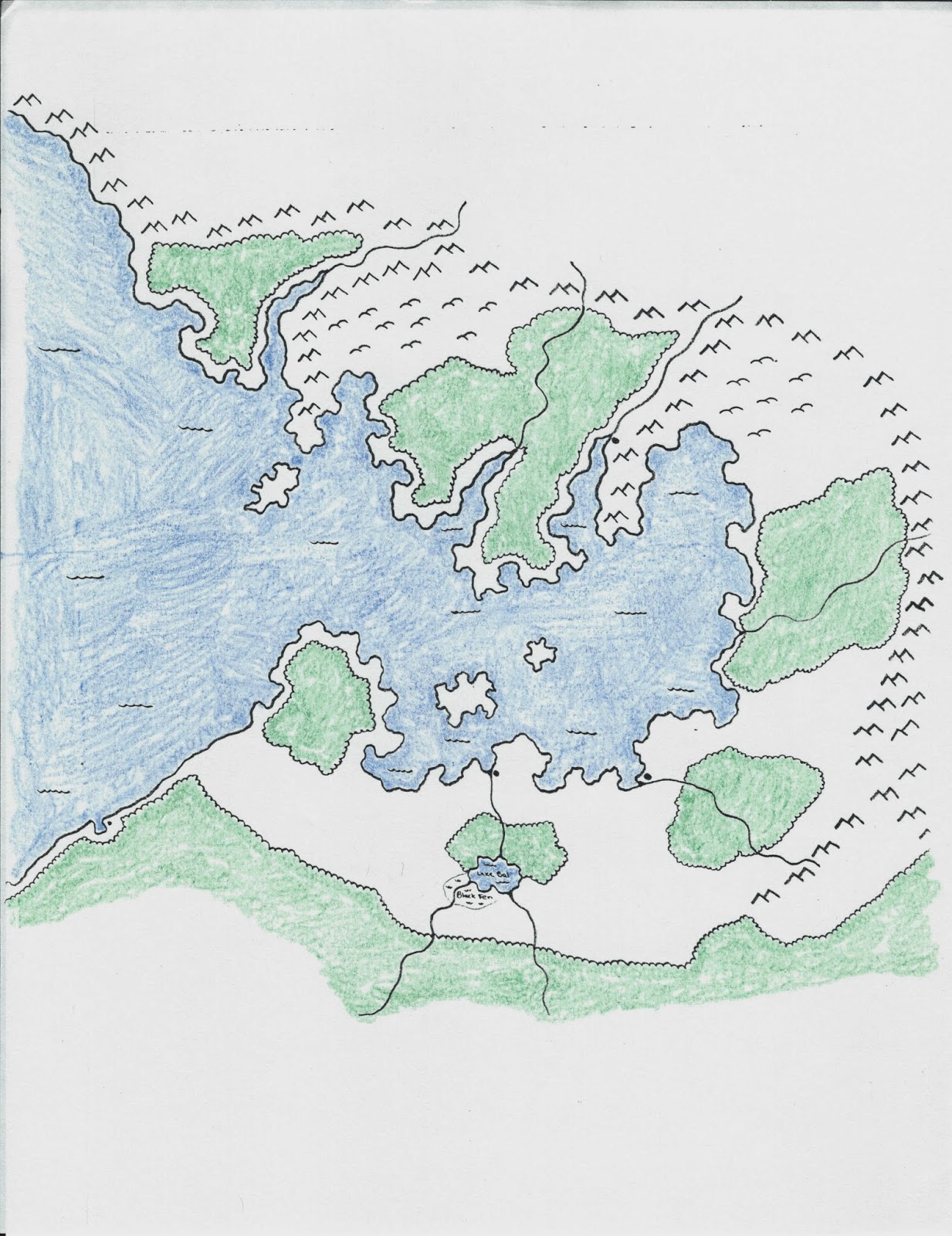 Here is a map I did of a ruined forest temple.  I seem to recall that there were killer monkeys in here somewhere... 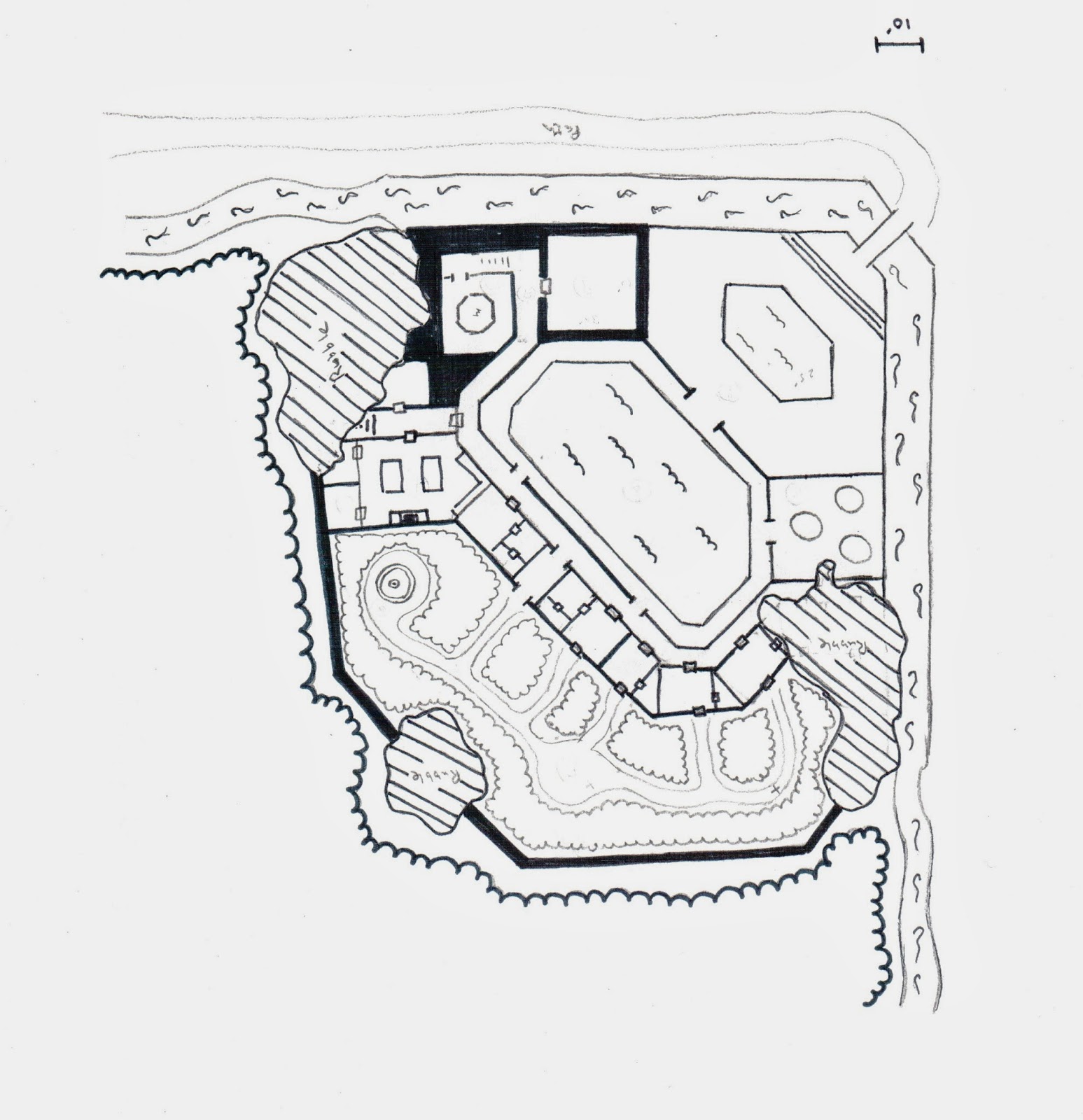 There is a walled garden in the back and plenty of water to hide all sorts of nasty aquatic things.
Posted by jrl755 at 10:09 PM No comments: 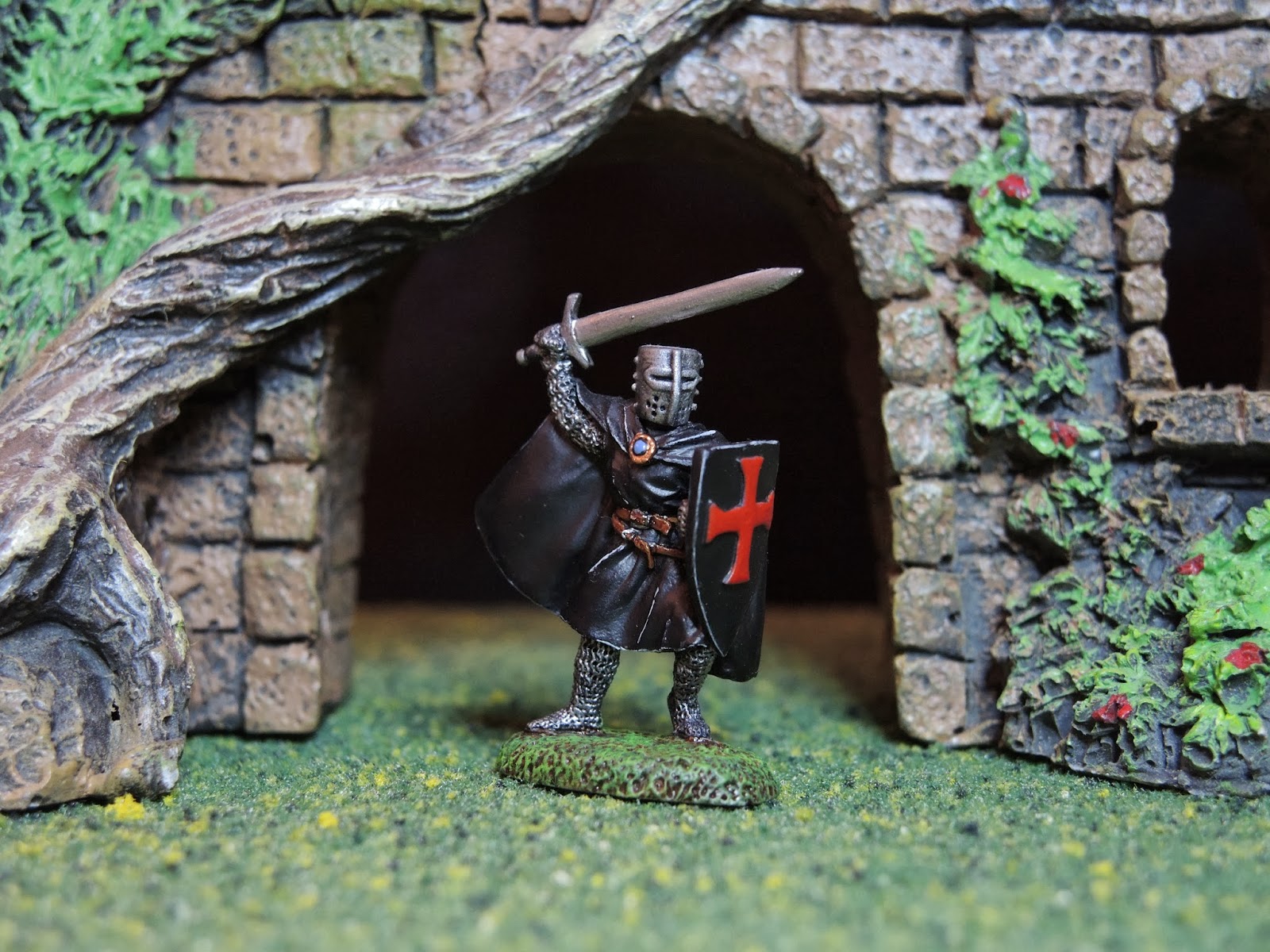 This miniature sat mostly finished for a couple of years because I couldn't decide on colors.  I've never had much luck painting black, so I kept considering painting the cloak and tabard some other color.  In the end, I stayed with black and did some edge highlighting to help it stand out.  I'm glad that I stayed with black and am fairly happy with the result.  He should make a good villain.
Posted by jrl755 at 6:33 AM No comments: