Questing Ranger with Torch and Sword

Ever since I started playing RPGs, I've been into miniatures.  Now back in the day, we didn't have access to much of a selection.  Early on, Kay-Bee Toy and Hobby carried the old Grenadier Advanced Dungeons & Dragons boxed sets, and I bought those whenever I had some extra money from my birthday, or Christmas, but the miniatures that I really wanted were from Ral Partha.  They had what was at the time, a huge selection of just about every miniature I could imagine, but unfortunately there were no hobby shops in my area, and thus no easy way to get them.  So in late 1984, using and add from Dragon Magazine, I sent for a Ral Partha catalog, and what arrived was a guidebook to a veritable treasure trove of lead.  Behold, the 1985 Ral Partha Fantasy Catalog! 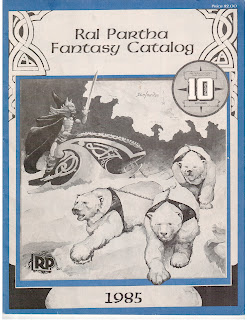 My friends and I pored over this catalog, and each selected some miniatures to buy.  I, being the biggest nerd of the group (as well as the Dungeon Master), bought the most of course.  Patiently, we waited for the six to eight weeks delivery time.  Hard to believe in this day and age of overnight delivery, but finally they came, and they were awesome!  One of the miniatures that I got was FA37 Questing Ranger with Torch and Sword (QRwTaS).  Being a great lover of miniatures, I would use them whenever I could, often using them to set up tavern scenes at the start of adventures.  The first few times that I did this, QRwTaS represented the "quest giver" NPC.  Eventually, QRwTaS, became the main NPC in most of my games.  It got to the point, were my players would enter a tavern, and immediately announce, "We are looking for Questing Ranger with Torch and Sword!" 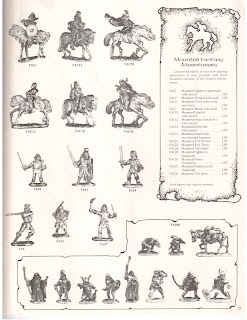 Well, fast forward to today.  Ral Parth is no more, but Iron Wind Metals acquired the molds to many of their old miniatures, and guess who the have?  Yes, it's our old friend Questing Ranger with Torch and Sword!  Of course, they have changed his name to Adventurer with Short Sword and Torch, but we know who he really is. :-) 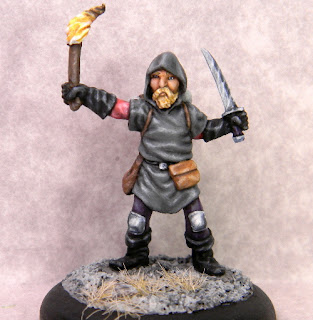 Sadly, this isn't my paint job, but rather the photo from Iron Wind Metals website.  My Questing Ranger with Torch and Sword has been missing for some years now.  But, I just ordered a new one! 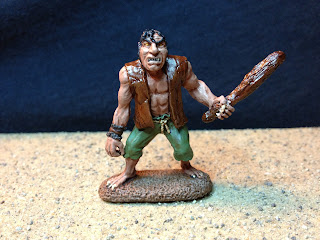 A dreadful ogre looking for his next meal!
Posted by jrl755 at 5:58 AM No comments: