Why, just the other day, I was climbing down an old dry well, and at the bottom I spied a box, so I climbed down for a closer look.  To my surprise I saw an old Commodore Vic-20 box!  What a find!  except it was surrounded by snakes... and fire.  Fire snakes actually!  As I got closer, the fire snakes were all like, "You shall not have this biz!"  And I was all like, "Oh yes I shall!"  So I climbed back up and got a bucket of water.  Needless to say those fire snakes ran like crazy when they saw me coming back.  I grabbed the box and climbed out before they got any more ideas.  Fire snakes can be kind of dumb. 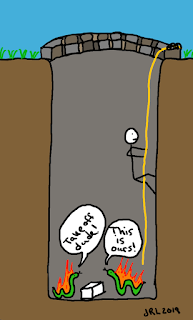 When I got out of the well I opened the box and to my surprise, there wasn't a Vic-20 in it at all, but rather a Commodore 64.  It was pretty nasty too, having gotten all dirty and yellow sitting at the bottom of that well.  So I took it home and cleaned it up.  Even clean though, it was still all yellow from being in that stanky old well for who know how long. 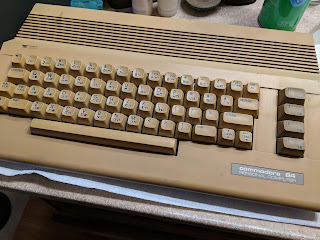 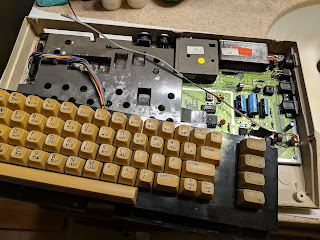 Before I invested too much time in this thing though, I figured that I should check to see if it worked, so I plugged it in, powered it on, and got exactly nothing.  Well, not quite nothing.  The power light came on but the screen was blank.  "Hmmmm", I though.  "Seems like it might be a memory problem."  So, I used the old tried and true, "feel the ram chips" method of testing, and sure enough, one of those chips was hotter than a fire snake!  That usually means that the chip is bad.   Breaking out my trusty soldering iron, I replaced the bad memory chip with one that I had lying around (yes, I have that sort of stuff lying around), and voila!  I had a working Commodore 64. 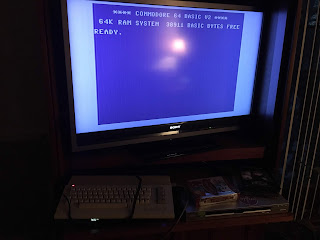 After giving myself a few chemical burns while restoring the plastic to its original color, I was ready to play Temple of Apshai! 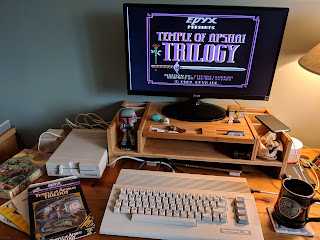 Take that, Attic Guy!  (I'm just kidding.  It was awesome that his apple was still working) Original Nerds, represent!;-)
So maybe the well was Ebay, and maybe the fire snakes were the people trying to outbid me, but the rest is fact. :-)